Arnold Schwarzenegger has confirmed he is in line to star in a remake of his old action classic, 'Conan the Barbarian'. 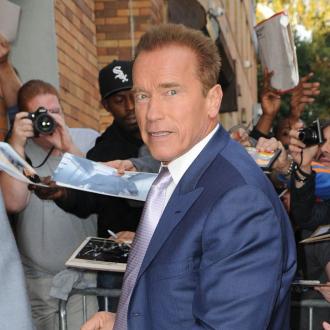 Arnold Schwarzenegger has confirmed a 'Conan the Barbarian' remake is happening.

The 65-year-old muscleman has revealed he will start work on a 'Conan' reboot after his next project finishes shooting, and hopes original scriptwriter John Milius will be involved.

He told French website MadMovies.com: ''We've already had discussion about this, because it's a project that is particularly dear to me. I must first shoot 'Ten' with David Ayer, but then we're going to focus on 'Conan'. It remains to be seen who will direct and if John Milius will write the script.''

The former Governor of California previously admitted he would like to revisit some of his old action film classics, including 'Terminator', 'Twins' and 'True Lies'.

Speaking on his tour of the UK to promote his new autobiography 'Total Recall', Arnold paid homage to his infamous 'Terminator' line and said acting is where his passion lies, especially since the salary is infinitely better than that of a politician.

He joked: ''I didn't take a penny of my salary during my terms. After all, it was petty cash compared to what you make in the movies.''

The action heavyweight has also teamed up with director Justin Lin ('Fast Five') to plan the storyline for 'Terminator 5' which will allegedly take place in a parallel timeline, according to DenOfGeek.com.

Arnold was last seen in 'The Expendables 2' alongside Jean-Claude Van Damme and Sylvester Stallone.