Hollywood icon Arnold Schwarzenegger has been cast in the Javier Gullon-written '478'. 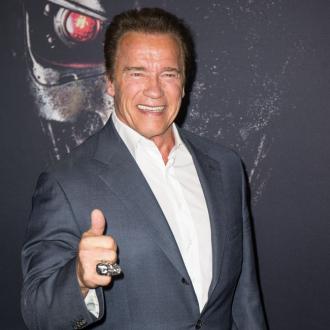 Arnold Schwarzenegger has been cast in the Javier Gullon-written '478'.

The 67-year-old star - whose latest film 'Terminator Genisys' is released shortly - is set to feature as a man whose wife and child die in a plane crash in the script penned by the Spanish writer best known for the movie 'Enemy'.

Schwarzenegger's on-screen character seeks vengeance for the tragic mistake made by the air traffic controller, who is subsequently placed into protective custody, Deadline reports.

'478' is expected to begin shooting in autumn, but a release date for the movie is still to be released.

Before then, however, long-time fans of Schwarzenegger will have the opportunity to see him reprise the role of one of his most iconic on-screen characters when he returns to the part of The Terminator.

And during a recent question and answer session held at Vue Westfield in London's Shepherd's Bush, Schwarzenegger claimed the first movie in the franchise has proven to be prophetic.

He said: ''In 1984 people thought it was absolutely crazy, the world that [director James Cameron] had created. Little did we know that one day it would become a reality.

''Machines have totally taken over. We cannot keep up. I play chess on the computer at medium difficulty and get beaten every second game.

''All that needs to happen now is for machines to become self-aware. That is the only step missing in order to get to that level where The Terminator is.