Arnold Schwarzenegger has had a $250,000 Mercedes Benz monster truck adapted for street use in California. 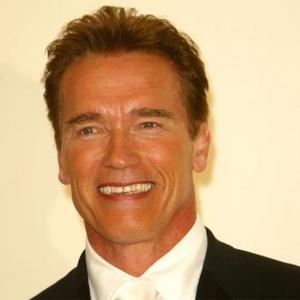 The former governor of California has been seen driving the huge vehicle - a Mercedes Benz Unimog in silver - around Santa Monica yesterday (30.08.12).

It has been specially adapted for street use by German company Mertec, as its normal use is for armies around the world.

According to Mercedes the vehicle is capable of ''the most extreme, arduous tasks, including: fighting forest fires, performing rescue operations during catastrophes or maintaining power supply lines''.

However, the most the 'Expendables 2' actor had to deal with was an overzealous female fan who jumped on to the bars on The Front of the vehicle while it was stationary.

Purchasing the pricey vehicle will not help Arnold stay in shape, as he recently professed being 65 has made it harder to keep muscular.

The former Mr Olympia body-building champion said: ''It is tougher as you get older. Your metabolism slows down. Your muscles don't respond in exactly the same way anymore. When you do action scenes and fight scenes and run around you take longer to recuperate, but so what? It doesn't matter. It's not like we don't get paid for it.''