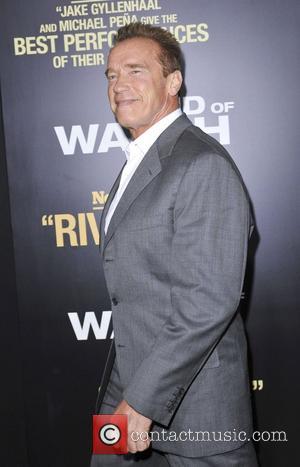 Arnold Schwarzenegger’s ‘Terminator 5’ ambitions may be on hold, after the action star revealed there are no firm plans for another movie. A fourth film ‘Terminator Salvation’ came out in 2009 but did not feature the Austrian, though a report in 2011 suggested Arnie was teaming up with ‘Fast & Furious’ director Justin Lin.

In a new interview with Empire magazine, Schwarzenegger was asked whether the franchise still had life, replying, “They have been trying to put a script together but I've not seen it, so I've no idea. There's nothing on the board at this point. Nothing on the plan.” It’s likely that film studios would welcome a fifth movie – especially considering the success of The Expendables franchise – though a poor script would do nobody any favours. Arnie, now 65, also discussed how his increasing years will affect his forthcoming performances, explaining, “In the end you perform for the people. When you're not believable as the guy doing high kicks and flying through the air, then you have to punch up other areas and rely more on drama. This change and what happens in the near future with all my movies is all going to be a good experience for me. I have to broaden myself, expand and concentrate on the acting and on the characters.”