Arnold Schwarzenegger has reportedly begged his estranged wife Maria Shriver to save their marriage. 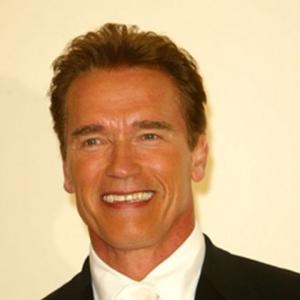 Arnold Schwarzenegger has reportedly begged Maria Shriver to save their marriage.

The couple split after 25 years together earlier this month when it emerged Arnold fathered a 13 year old son with the family's former housekeeper, Mildred 'Patty' Baena, but he is desperate for "one more chance" to work things out.

Author Ian Halperin, who wrote an unauthorised biography of Arnold 'The Governator', told website Extra: "He's actually shed tears. He knows he's done wrong, and he's begging on his knees for forgiveness and one last chance. Arnold has been making calls to Maria repeatedly, asking her for one more chance."

Things haven't been going Arnold's way however, with the author adding: "Maria wants no part of it."

Maria - who has four children with Arnold, Katherine, 21, Christina, 19, Patrick, 17, and Christopher, 13 - was pictured earlier this week having lunch with Bono, lead singer of rock band U2, who Ian said is helping her through the split.

He added: "Maria and Bono have been friends for years. Maria just wanted to seek advice, and Bono's going to help Maria get over the devastation of being cheated on all these years by Arnold."