Ahnold Will Be Baack As The Governator 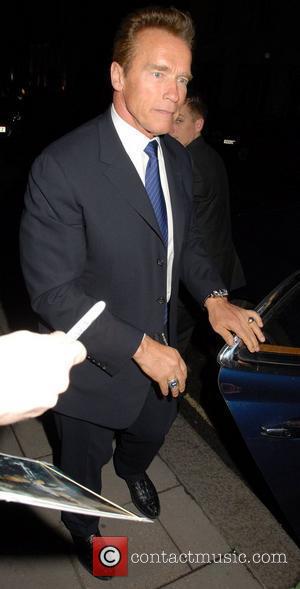 Former California Gov. Arnold Schwarzenegger will return to the screen in an animated series he is developing with Stan Lee, who co-created such classic comic-book characters as Spider-Man, the Fantastic Four, Iron Man, the Incredible Hulk, and many others. In an interview with Entertainment Weekly magazine, Schwarzenegger said he and Lee are developing an animated TV series and comic book titled The Governator that will combine aspects of his past careers as a bodybuilder, political figure, family man, businessman and, of course, The Terminator. "When I ran for governor back in 2003 and I started hearing people talking about 'the Governator,' I thought the word was so cool," Schwarzenegger told EW. The magazine said that the comic book will be released next year; there was no indication when the TV show, for which Gov. Schwarzenegger will provide the voice of The Governator, will debut. Neither was there any indication whether their target audience will be children or adults or whether substantive political issues will be raised in them.