Since launching in 1993, the Top 100 DJs Poll -powered by Trackitdown - has grown to become the definitive yardstick of the world's most popular DJs and the biggest music poll of its kind in the world.

Now in its 20th year, the poll has already broken previous voting records, with over 750,000 votes cast so far. 4 weeks still remain until voting closes on 16th September.

To reflect the 20th anniversary, and in addition to the regular poll voting, DJ Magazine in association with KLM are asking music fans to vote for their favourite DJ of the last 20 years. The winning DJ will receive the Top 100 DJs Legend Award brought to you by KLM, carrier of the World's best DJ's, at the Top 100 DJs Awards party which is being held for the third consecutive year during the Amsterdam Dance Event (ADE). The show will take place on 19th October at Amsterdam's RAI venue as part of the Amsterdam Music Festival. The Amsterdam Music Festival is an initiative of ALDA events and ID&T.

This is the first time an award of this nature will be presented. KLM recognises that Dutch music pioneers including Armin Van Buuren, Tiësto, Hardwell, Nicky Romero, Sunnery James and Ryan Marciano, plus promoters like ID&T and labels like Armada, have flown around the world multiple times, setting international standards within the electronic music scene. As a big supporter of the pioneering Dutch spirit and a carrier of 'Dutch pride', presenting a historical award like this was a natural fit to KLM, particularly as the awards are in the company's hometown and that 2013 is the 25th anniversary of the Dutch dance music industry. The historic award show will be broadcast live on KLM's own YouTube channel.

Voting for the Top 100 DJs Poll 2013 powered by Trackitdown opens from 12pm (BST) on 15th July and runs until 16th September. Voting once again takes place through Facebook.

The Top 100 DJs Poll powered by Trackitdown is a publicly voted open poll. It inspires fierce debate all year round with speculation on the world's top DJ, new entries and biggest climbers, dominating online discussion and beyond.

Ministry of Sound and DJ Mag have joined forces for the second consecutive year with a 3 CD release - DJ Mag Top 100 - 20 Years. CD 1 features the current leading names in electronic dance music. CD 2 includes iconic acts that have pioneered trance and progressive house. CD 3 is dedicated to the 20th anniversary and features some of the legendary names who have lit up the poll over the last two decades.

HISTORY OF THE POLL

The Top 100 DJs Poll began as an editorial feature in October 1993, to celebrate DJ Mag's 100th issue. It was predominantly UK-based at first, but when the poll was opened up to the international scene via website voting, it truly exploded. There have been a few attempts at imitation, but DJ Mag's Top 100 DJs Poll has remained the definitive list. As well as its significance for individual DJs, the Top 100 DJs Poll also documents the growth - or decline - of dance music scenes, reflecting the ebb and flow of genres as new sounds and scenes take hold and spread. 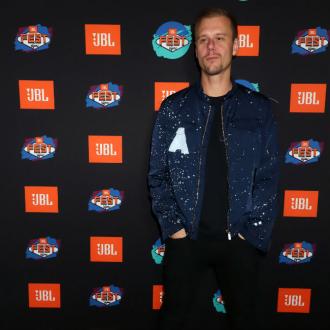 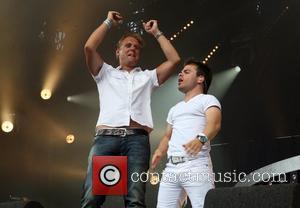