Armie Hammer has promised The Lone Ranger is much more ''badass'' than previous incarnations and says the new movie is much ''darker'' than the TV show on which it is based. 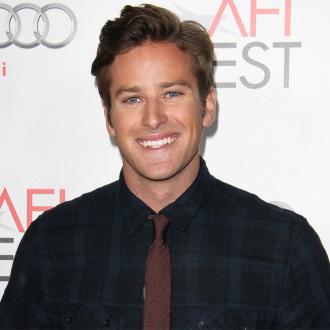 Armie Hammer has promised The Lone Ranger is much more ''badass'' than previous incarnations.

The actor plays the titular Wild West lawman in the forthcoming movie and believes the film is much grittier than the camp 50s TV series it is based on, comparing his antihero figure to Christian Bale's recent portrayal of superhero Batman in 'The Dark Knight' and 'The Dark Knight Rises'.

He said: ''Our take is darker and more complex, more action packed and more badass than the old TV show. It's a 21st century version of the character, you know. There's a little of The Dark Knight in him. There's less moral ambiguity, but there are definite similarities. They're both vigilantes who fell they have to wear a mask to serve justice because the people who are supposed to be doing it aren't.''

The Lone Ranger works with native American sidekick, Tonto - played by Johnny Depp - to serve justice on the villainous Latham Cole (Tom Wilkinson) and Armie believes it is an ''odd'' partnership which works well.

Armie added to Empire magazine: ''It's an odd couple relationship, a lawman, an attorney who comes back to the West where he grew up, hoping to bring justice with him. He meets this wise Commanche who knows that, out West, you make your own justice.''