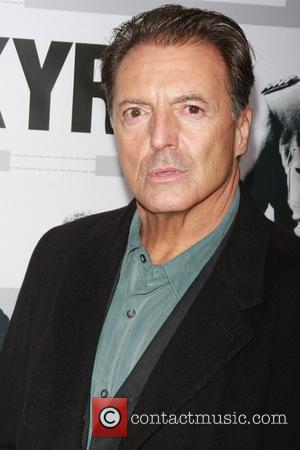 Movie star Armand Assante has been forced to give up making his landmine documentary - because the project was bankrupting him.
The Judge Dredd star was funding the film, Blind Dragon, which takes a look at the horrors of landmines planted in Croatia and Africa, and now he fears he'll never finish it.
He tells WENN, "I lost so much funding doing that on my own that I was going broke, so I learned about filmmaking the hard way. I worked on that in Croatia and on the way to Angola they tried to extort my money there, so I had to get out of there. If I continue doing it, I need financing to finish it.
"I can only hope the economy will turn around... but, even then, this is a very difficult subject to broach. Originally I got involved with the Land Mine Survivors Network in 1990 because when I went to Croatia in the late 90s, I decided I wanted to be involved in the removal of and finance the removal of land mines because it is so catastrophic in certain parts of the world.
"The only answer is to get governments to get with the world bank and finance the removal of them because it's probably one of the most exponential disasters on the planet. That's why this film is important."