The ‘Modern Family’ star underwent breast reduction surgery in 2015, after years of struggling with back pain.

‘Modern Family’ actress Ariel Winter has defended her decision to show her breast reduction scars on the SAG awards red carpet at the weekend. On twitter the 18-year-old said she intentionally left the scars visible in her dress, adding that she’s not ashamed of them at all. 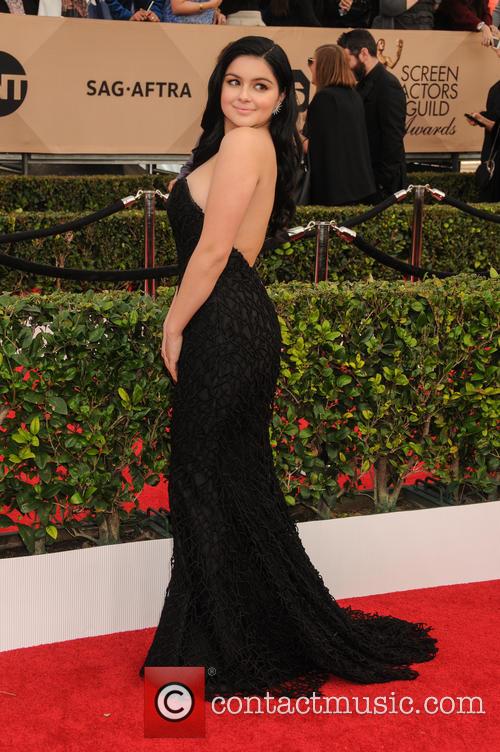 Ariel Winter has reacted to comments about her SAG awards outfit choice.

‘Guys there is a reason I didn't make an effort to cover up my scars! They are part of me and I'm not ashamed of them at all,’ Winter tweeted. At the SAG awards Winter wore a beautiful black strapless, backless gown by designer Romona Keveźa.

In June 2015 Winter underwent breast reduction surgery after becoming an emancipated minor. Winter went from a 32F cup size to a 34D, after years of suffering from excruciating back pain.

Speaking about her decision to undergo surgery Winter told People: "Being a 5-ft.-tall girl and having extremely large breasts is really ostracising and excruciatingly painful.”

"I think it will be the only [cosmetic surgery] I'll have done, but I'm extremely happy with the decision I made. It’s important to talk about it because there are young girls suffering like I did, but there shouldn't be a stigma about it."

"It was an instant weight lifted off my chest – both literally and figuratively," she added. "There's a confidence you find when you finally feel right in your body."