'Sam & Cat' may have been voted Favourite TV Show at the Nickelodeon Kids' Choice Awards last weekend (29th March) but the future of the series could be in jeopardy following a selfie scandal surrounding one of its lead stars.

Sam & Cat may be cancelled following Jeannette McCurdy's leaked selfie scandal last month. McCurdy's scantily clad selfie was leaked online in March in which the actress posed in a thong and bra. Now rumors suggest the popular show may be cancelled and production has allegedly already ground to a halt. 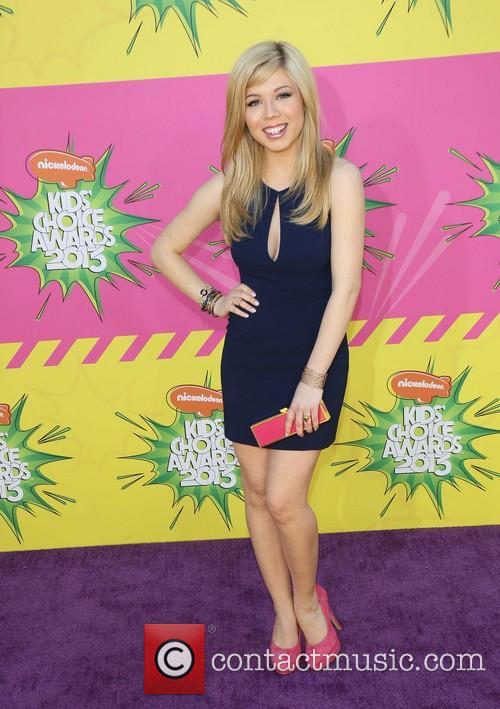 The selfie scandal may not be the only reason for the shows cancellation as McCurdy appears displeased with the network. She boycotted the Nickelodeon Kids' Choice Awards and tweeted to her fans apologising but blaming the network for her absence. The 21-year-old claimed her absence had nothing to do with the leaked pictures but was because "I was put in an uncomfortable, compromising, unfair situation (many of you have guessed what it is) and I had to look out for me." Many of her fans assumed McCurdy was referring to the leaked images and the iCarly star later clarified "It has to do with how Nickelodeon treated me." There has also been some suggestion, in reports by The NY Daily News, McCurdy has been quarrelling with her co-star Ariana Grande.

Arianna Grande and Jai Brooks have a farewell make-out session at JFK:

The network is denying Sam & Cat will be cancelled and that the production of the first series is simply wrapping up and has been halted for other reasons than McCurdy's photo scandal. A representation, speaking to Fox News, said "we have the utmost respect for Jennette McCurdy," adding "we are wrapping up what was an unusually long production cycle of 'Sam & Cat,' and everyone is understandably tired. We are going into our production hiatus next week which will give everyone on the show a much needed rest."

McCurdy is not the first Disney star's reputation to be damaged by leaked private images. Vanessa Hudgens fell victim to the same embarrassing scenario when nude photographs were leaked online in 2007 and 2011. Hudgens discussed her embarrassment in an interview with Allure two years later and said "at least some people are learning from my mistakes."

Sadly, McCurdy doesn't appear to have. Nevertheless, as with Hudgens, it's unclear who leaked the image of McCurdy who was dating NBA player Andre Drummond briefly in September 2013. McCurdy tweeted possibly suggesting he was the obvious leaker, asking her "disappointed" fans to "connect the dots." The suggestion appears to be linked to McCurdy's podcast from a few days earlier in which she claimed, intimately, there were "no sparks" between the two. However, Drummond, speaking to TMZ, vehemently denied his involvement stating ""I did NOT leak any photos of JM."

To anyone disappointed: I sent those pics to 1 person. You can connect the dots. Shocked someone would stoop so low. I just speak w/ candor.