Grande is fed up with questions about her personal life and she’s letting the world know.

Singer Ariana Grande won the internet this weekend, when she hit out against the media’s double standards by posting a lengthly feminist message on Instagram. The singer, who recently split from rapper Big Sean, has had to deal with being repeatedly asked about her love life in recent interviews, as well as rumours she’s now dating One Direction’s Niall Horan. 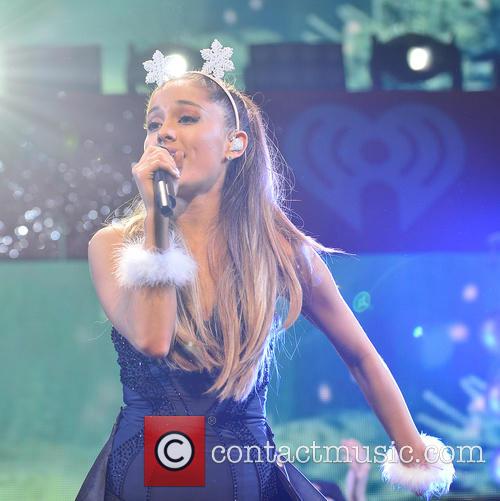 Ariana Grande has unleashed some serious truths on social media.

In a recent interview with The Sun newspaper the 21 year old had said, "A girl can be friends with someone with a d--- and not hop on it." Adding, “I'm tired of needing to be linked to a guy, I'm not Big Sean's ex, I'm not Niall's new possible girl. I'm Ariana Grande."

The singer then elaborated on her feelings further on Instagram Sunday, when she shared the post which began, “being empowered is not the same as being a b–ch” and “having something to say is not the same as having a bad attitude.”

“What I meant when I said what I said about not being Sean's ex is that I am tired of living in world where women are mostly referred to as a man's past, present or future PROPERTY / POSSESSION,” the singer continued.

“I’m currently making the best music I’ve ever made in my life, having the best time of my life on tour with some of the greatest people I’ve ever known, working my ass off every single day, performing/creating for my babes and getting the chance to meet and hug my babes all over the world every day.”

Grande went on to say that she comes from a “long bloodline of female activists” including her aunt who was the first Italian-American female president of the National Press Club. “I think she would have been proud of me for speaking up about something that has been bothering me personally for so long,” the 21 year old wrote.

More: Justin Bieber Surprises Ariana Grande On Stage For Duet (But Then Forgets The Lyrics)

The signer also addressed the double standards women face by pointing out that “If a woman has a lot of sex (or any sex for that matter)… she’s a ‘slut.’ If a man has sex…. HE’S. A. STUD. A BOSSSSSS. a KING.'

Grande ended her post by quoting Gloria Steinem who said, “Any woman who chooses to behave like a full human being should be warned that the armies of the status quo will treat her as something of a dirty joke. She will need her sisterhood.”

You can read Ariana’s epic essay in full here: