'Problem' hitmaker Ariana Grande's parents reportedly don't like Big Sean, her new rapper boyfriend, who they consider to be a potentially bad influence. 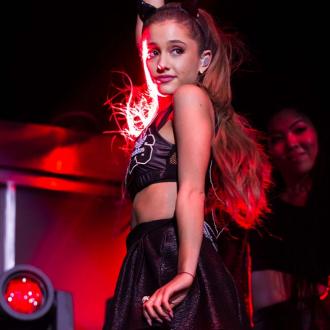 The 21-year-old singer's family aren't convinced her new rapper boyfriend is ''the right fit'' for her and are worried he will be a bad influence on the 'Problem' hitmaker.

A source told US OK!: ''Her parents think Big Sean is a good kid, but they're not sure he's the right fit.

''They worry that because he's a rapper he mixes with a bad crowd.''

Ariana hopes her mother and father will eventually see ''a king guy who cares about their daughter'', but has told them she is very happy with her 26-year-old beau and is old enough to make her own decisions.

The source said: ''She's told them they have no right to judge Big Sean like that.''

The couple - who previously worked together on 'Best Mistake' and 'Right There' - were exposed when they were caught holding hands on camera backstage at the MTV Video Music Awards in August.

Their romance came as a shock to fans as Big Sean - whose real name is Sean Anderson - only ended his five-month engagement to 'Glee' actress Naya Rivera in April this year.