Everything We Know So Far About Ariana Grande's New Album 'Sweetener'

Get your sweet-tooth ready because it's coming this summer.

Ariana Grande has finally reappeared in the public eye more than seven months after completing her 'Dangerous Woman' tour, and she has an exciting new album coming. In her first televised interview since her comeback, she teases new tracks and the summer release date for 'Sweetener'. 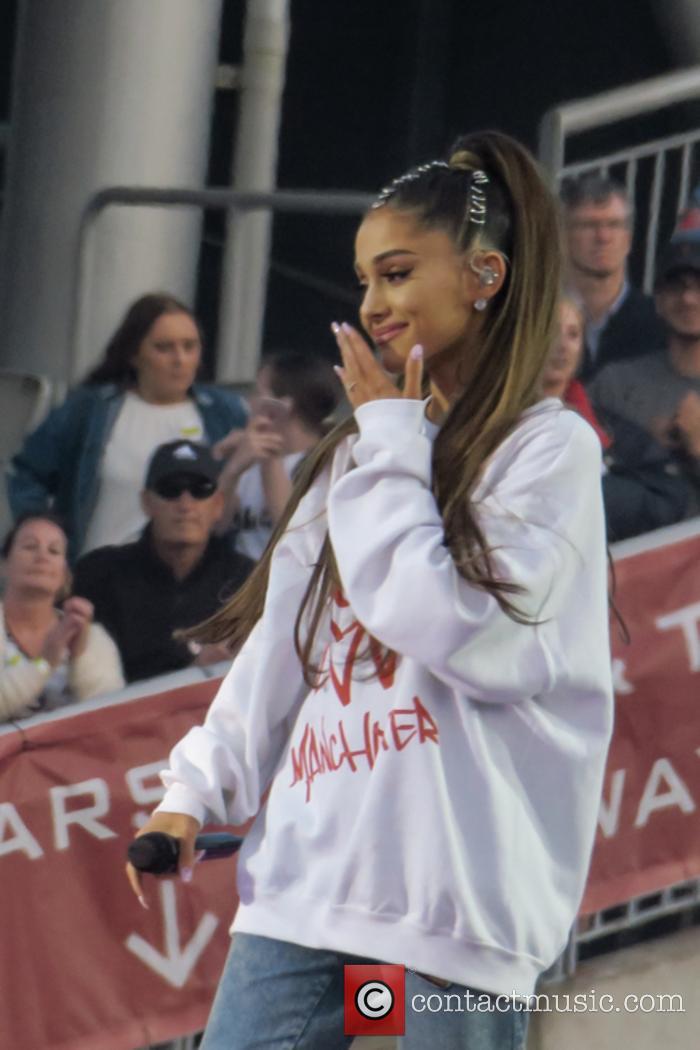 Ariana Grande at the One Love Manchester benefit concert

The 'No Tears Left to Cry' singer struggled to hold back with her deluge of information regarding her upcoming fourth album as she appeared on 'The Tonight Show Starring Jimmy Fallon' yesterday (May 1st 2018). We now know at least five tracks and have managed to work out the exact release date.

'I've been away too long I've so much more to share - I wanna say everything', she confessed, revealing that the album title is about 'bringing light to a situation or to someone's life or somebody else who brings light to your life or 'sweetening' the situation'.

The album has been produced by Pharrell, Max Martin, Savan Kotecha and Ilya - the latter three of whom also did previous albums 'Dangerous Woman' and 'My Everything'. It's not Ariana's first work with Pharrell either; the pair previously both featured with Young Thug on Calvin Harris' song 'Heatstroke' from last year's 'Funk Wav Bounces Vol. 1'.

Fans already know of one forthcoming track, because Ariana couldn't keep the lyrics to herself when she found herself on social media with time on her hands on Saturday (April 28th).

'My fans know that I have a song called 'REM' because I have a big mouth and I went on Twitter and I just Tweet-vomited a bunch of lyrics the other day', she admitted. 'I was like, 'Good morning, I'm bored, OK here's a song'.

More track titles include 'The Light is Coming', and there must have been a lot of feminists in the house because the song 'God Is a Woman' got a rapturous cheer, plus it happens to be Nonna's - her grandmother's - favourite song from the album. The first song, meanwhile, is called 'Raindrops' which she describes as 'kind of like an intro' with a really strange story to go with it.

'It's a really crazy story actually, it gives me goosebumps everytime, it's so crazy', she said. 'So it's actually a cover of a small part of a song from the 50s called 'Angel Cried'. I had it in my head, I woke up, we were really close to finishing the album and I had it in my head.'

She went on to record it a cappella for the producers to chop up and arrange as they wish, but Max Martin decided to leave it as is. 'So that's how the album starts and I went to go check to see who wrote it, I was curious', she continued. 'It turns out - this is so crazy, y'all are going to think I'm lying but - my grandfather's best friend who I grew up hanging out with in Boca [Raton], Charlie Calello, wrote it with Bob Gaudio from The Four Seasons.'

If that isn't a sign, we're no idea what is. The one thing that Ariana wasn't going to tell us about the album was the release date, apart from it being in the summer, but she kind of managed to do that anyway.

'Since I'm not announcing the album date yet, I'm gonna be doing something special on every 20th', she spilled. 'There's only like three 20ths until the big thing... I just told you when it is.'

So our far-out estimation is currently July 20th, which is a Friday (album release day) though her first special event will be a performance at the Billboard Music Awards on May 20th where she is nominated in the Top Social Artist category. Yesterday might not have been the 20th but it was still exciting to see her perform lead single 'No Tears Left To Cry' live for the first time on TV.

To address the elephant in the room, Jimmy respected Ariana's decision not to do any interviews regarding the tragic attack on the Manchester Arena following her show there on May 22nd 2017. Instead, he thanked her for her support of the victims and her willingness to go back and do that One Love Manchester benefit concert.