Ariana Grande Pulls Out Of Manchester Tribute At BRIT Awards 2018

With only hours to go before the 2018 BRITs, organisers have reportedly roped in Liam Gallagher to step in for Grande.

Brit Awards organisers have been left with a headache after Ariana Grande pulled out of a secretly-planned tribute to the victims of last year’s Manchester terror attack, leaving them scrambling to find a replacement with just hours to go ahead of tonight’s performance.

Reports on Wednesday (February 21st) suggested that the 24 year old pop star was lined up to perform at tonight’s ceremony at the O2 Arena in London, in tribute to the victims of the terrorist attack last May at Manchester’s Arena during one of her concerts, which was set to be the pinnacle of the ceremony.

However, it’s understood that Grande has fallen ill in recent days and, despite her intention to come to the BRIT Awards in spite of that, has been ordered by her doctor not to make the trans-Atlantic journey. 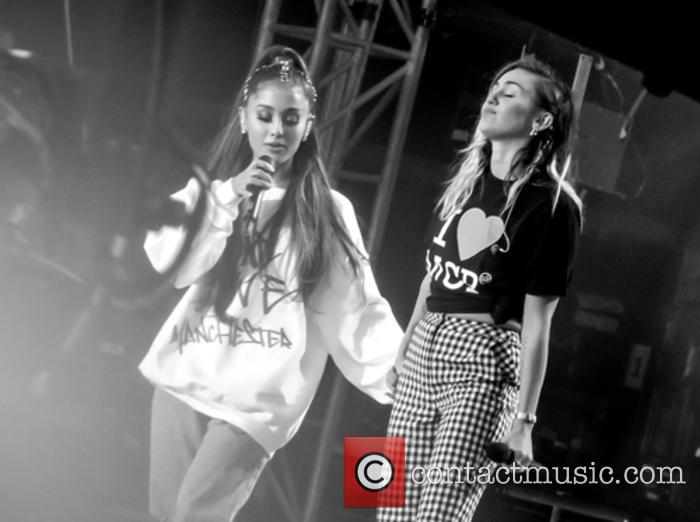 Miley Cyrus with Ariana Grande at the One Love Manchester concert

The tribute has been in the planning for several weeks and had been kept under wraps as a surprise for viewers, but following Grande’s announcement within the last 24 hours that she’s having to bow out of proceedings, the plans have been made public.

“It was utter chaos when the call came in that Ariana couldn’t do it,” a source told the Daily Mirror on Wednesday afternoon, saying that the mood among organisers was “frantic” as they put the finishing touches to the schedule.

However, subsequent reports by the same publication are suggesting that Liam Gallagher – who himself performed at the One Love Manchester concert last summer – is preparing to step in and sing the Oasis hit ‘Live Forever’.

“Liam has saved the day by stepping in at the last minute,” a source told the paper. “It’s a perfect choice. It’s going to be the moment of the evening.”

The 2018 BRIT Awards are broadcast on ITV at 8pm this evening and last until 10:20pm, with comedian Jack Whitehall hosting the ceremony for the first time.

More: Ariana Grande “felt every name” of the victims of the Manchester terror attack