The One Love Manchester benefit concert was full of surprises.

It was an emotional night at Ariana Grande's One Love Manchester benefit concert over the weekend. Major artists joined together to show their support for the victims of the Manchester Arena bombing and their friends and families, and the singer herself had several surprises in store. 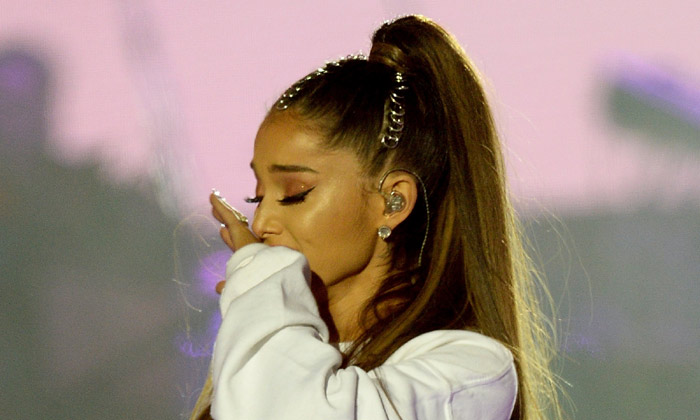 Ariana Grande at One Love Manchester

The concert took place at the Old Trafford Cricket Ground last night (June 4th 2017) just hours after another attack in London that has also been touted as an act of terror. Miley Cyrus, Katy Perry, Justin Bieber, Coldplay, Pharrell Williams and many others joined Ariana Grande for some heartfelt performances, but it was probably Ariana's rendition of 'Somewhere Over The Rainbow' that really affected the audience. 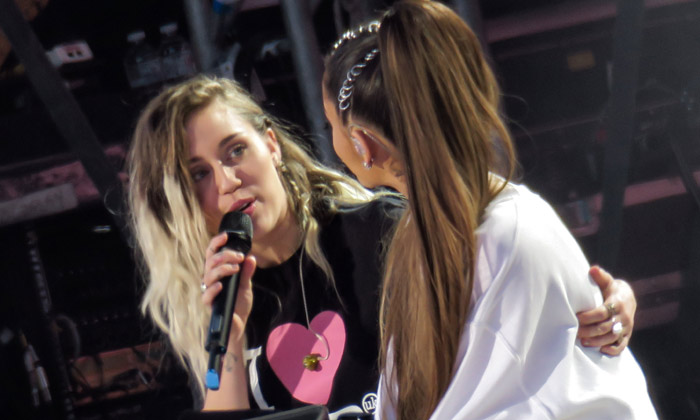 Ariana Grande with Miley Cyrus at One Love Manchester

The singer struggled through her emotions as she sang the 'Wizard of Oz' classic, and had to pause before she finished the song when she let out an audible gasp of grief and succumbed to sobs. The entire audience were also in tears, but it wasn't just the memories of lives lost in Manchester that overwhelmed Ariana, according to her mother.

'I didn't know she was going to sing it', Joan Grande told Variety. 'It's an emotional story: my father passed away two and half years ago, and that was the song she sang for him after he passed.' 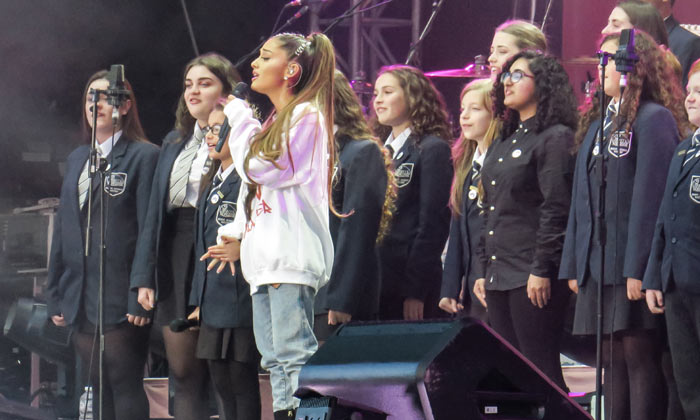 More emotional moments came with Ariana's performance of 'My Everything' with Parrs Wood High School Choir, a children's chorus, and when she joined the Black Eyed Peas singing their classic 2003 number one 'Where Is The Love?'. Plus, all the artists joined together on stage to sing 'One Last Time' - Ariana's final song at her ill-fated Manchester Arena concert on May 22nd that is being thought of as something of an anthem of hope. 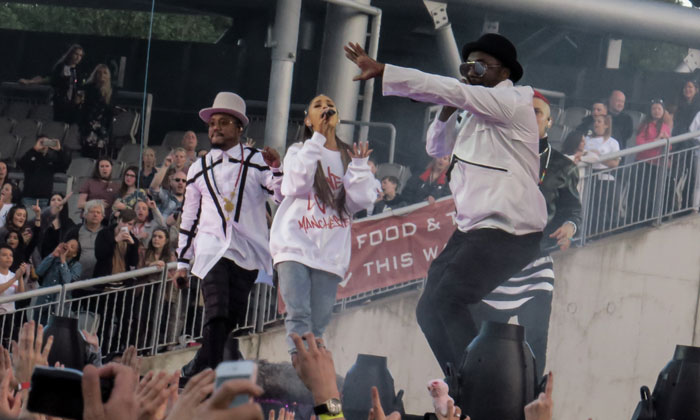 Ariana Grande performing 'Where Is The Love?' with Black Eyed Peas

Liam Gallagher also made a surprise appearance following Chris Martin and Ariana's cover of Oasis hit 'Don't Look Back In Anger'. Ariana's Dangerous Woman tour is due to continue, after a short break, on June 7th at Accorhotels Arena in Paris. 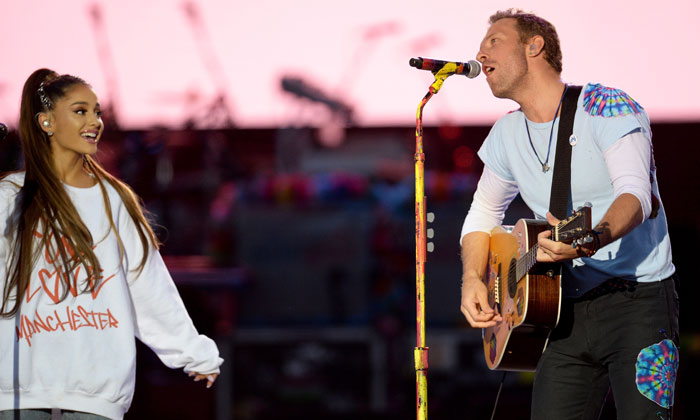 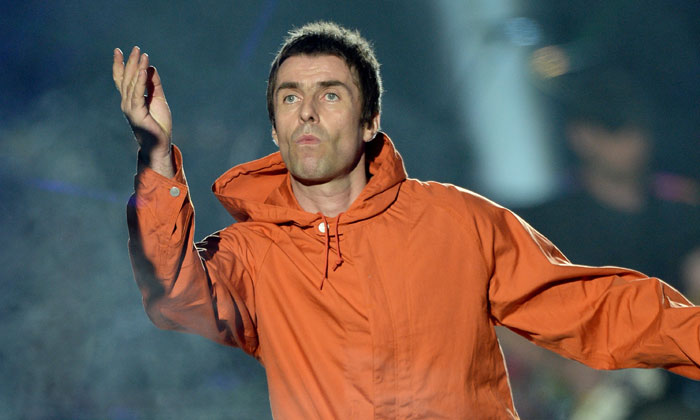 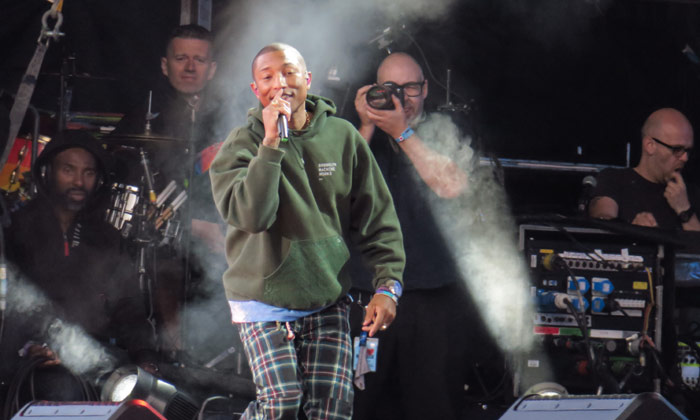 Pharrell performs at One Love Manchester 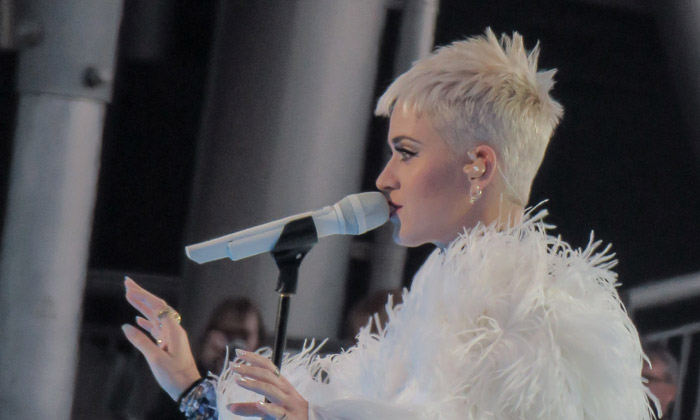 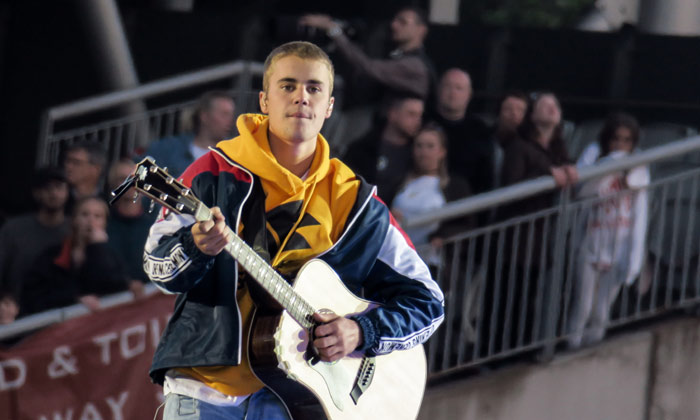 Three select snippets from the concert:

Coldplay leading the 'Don't Look Back In Anger' singalong:

Ariana performing Somewhere Over The Rainbow