Ariana Grande joined by stars on We Love Disney

Ariana Grande is one of a number of pop stars who sing their favourite Disney songs on new compilation LP 'We Love Disney', other artists include Ne-Yo, Jessie J and Jason Derulo. 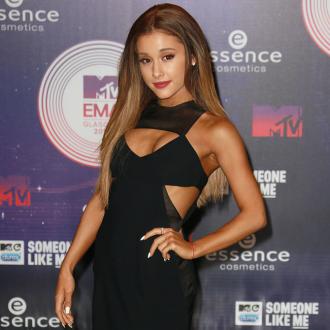 Ariana Grande, Jessie J and Gwen Stefani are among the pop stars who feature on new compilation album 'We Love Disney'.

'Love Me Harder' hitmaker Ariana has recorded a version of the song 'Zero to Hero' from 'Hercules' and is thrilled to be invited to take part because it's ''such a fun project'' to be involved with.

She posted on Twitter: ''Thank you @officialdfoster for having me cover my fav Disney song #ZeroToHero for @WeLoveDisney! such a fun project (sic)''

Jessie - who duetted with Ariana on 'Bang Bang' - opted to sing 'Part of Your World' from her favourite Disney flick 'The Little Mermaid', and admits she has now fulfilled a dream.

She wrote on Instagram: ''I'm so HAPPY to share with you all, I have recorded my favourite Disney song #PartOfYourWorld combs hair with fork with @DavidFoster for the new @WeLoveDisneyMusic album! Here is a link to all things related and updates #WeLoveDisney (sic)''

Gwen opted for a more recent song lending her vocals to 'The Rainbow Connection' from 'The Muppet Movie'.

The 15-track album also includes covers Jason Derulo, Fall Out Boy and Gwen Stefani who each worked with Canadian record producer David Foster on their favourite tracks from the Disney catalogue.

Disney first announced the release of the musical album at the D23 Expo in Anaheim, California, on Sunday (16.08.15).

The lead single, which has already been released is Ne-Yo's version of 'Friend Like Me' from 'Aladdin'.

'We Love Disney' will be released worldwide on October 30.

2. Jessie J - Part of Your World (The Little Mermaid)

3. Jason Derulo - Can You Feel the Love Tonight (The Lion King)

6. Jhené Aiko - In a World of My Own/Very Good Advice (Alice in Wonderland)

10. Charles Perry - Ev'rybody Wants To Be a Cat (The Aristocats)

11. Jessie Ware - A Dream Is a Wish Your Heart Makes (Cinderella)

13. Various Artists - It's a Small World

14. Brenna Whitaker - It's Not Easy Being Green (The Muppet Show)