Ariana Grande is believed to have earned $9000 for every episode she starred in during the first season of 'Victorious'. 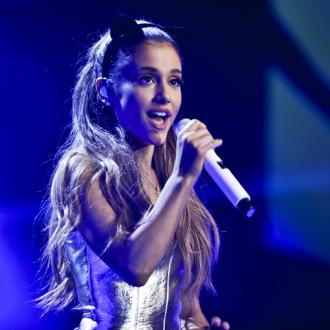 Ariana Grande reportedly earned $9000 per episode during the first season of 'Victorious'.

The 21-year-old singer - who found fame starring as Cat Valentine in the Nickelodeon television show - is believed to have been paid the sum for every episode she starred in as well as extra money for writing songs that were used in the show.

Her first contract, as obtained by TMZ, revealed that for the show's first season, Ariana would be paid $9000 per episode.

It also showed that the 'Break Free' hitmaker would be paid $4000 for writing the theme song, $3000 for songs she wrote which featured in multiple episodes and $1500 for every 20 second skit that she wrote.

The contract also allegedly promised that no one else on set would get a better dressing room than her.

Meanwhile, Ariana recently spoke out about the difficulties in shaking off her Cat Valentine alter ego so she could follow a music career.

Speaking about using the music video for 'The Way' to rid herself of her character, she said: ''I was like, 'Guys, there has to be a really distinct difference between me and my character.

''I dyed my hair back to brown. I made out with a rapper [Mac Miller] in the video. I made the point I wanted to make. And I was excited to do so after so many years of pretending to be somebody else in front of a lot of people.''