Ariana Grande likes to wear black because it reminds her of her mother's wardrobe. 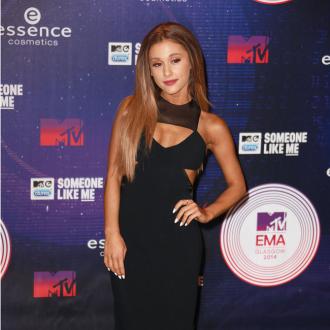 Ariana Grande wears black to be like her mother.

The 'Love Me Harder' singer idolises her mom and has adapted her wardrobe to echo her unique sense of style.

She explained: ''My mom has a closet of only black - I'm not even kidding. It has no colour at all. Floor to ceiling black, it's hilarious.

''I've been wearing more black lately because I want to be more like my mom. She's the most generous, most hilarious, most independent... I mean, talk about a feminist. She's the strongest and most amazing woman in the world.''

Ariana recently spoke out to defend her brother Frankie following jibes about his sexuality and she admits she gets more upset when people mock him than say bad things about her.

She told Gay Times magazine: ''You can talk s**t about me all you want, I kinda won't see it. I try not to give into my ego in that way. I won't care.

''But if you talk s**t about my brother, I might actually throw a stiletto at you.

''I'm just kidding, I've never [thrown a shoe]. But that's when all of my Kabbalah practice flies out the window and the loud abrasive Italian comes out and I start yelling.