Grande's gig at Manchester Arena was the target of a devastating terrorist attack back in May.

Ariana Grande has recalled the dreadful night of the terrorist attack in Manchester at her concert, speaking about the aftermath and how cancelling her tour in its wake was “not an option” for her.

22 fans – including children – were killed by the devastating nail bomb attack in the foyer of Manchester Arena back in May as they left the venue, and dozens more concert-goers were injured. But, while a handful of dates were cancelled in the immediate aftermath of the attack, Ariana and her crew decided that to scrap the entire tour would be to give in to fear.

Speaking to Coveteur, the “Calling it off and going home was not an option. The message of the show was too important. For the crew and everyone involved, it’s become more than just a show for us.” 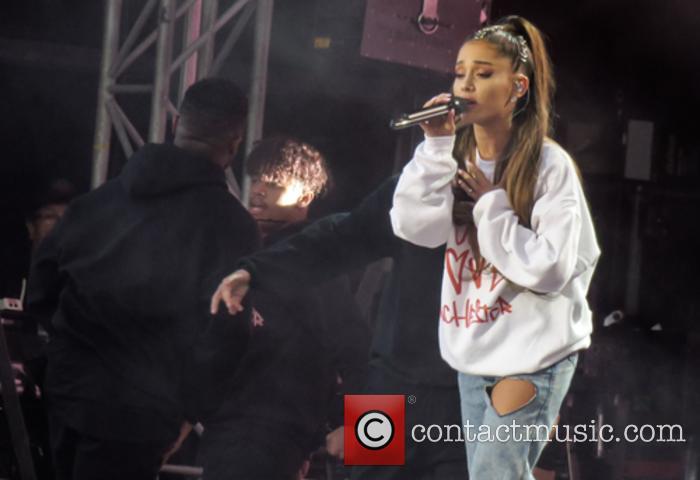 Ariana Grande performing at the Manchester One Love benefit show

Grande returned to the city to headline a huge benefit concert at Manchester’s Old Trafford cricket ground on June 4th, bringing together major stars from around the world such as Coldplay, Miley Cyrus and Justin Bieber.

The 24 year old singer also said that her legions of fans had been important in getting her through the shock of the attack, and that her connection with them is her favourite aspect of doing what she does.

“They’ve definitely been my inspiration this whole time on this tour; [they] keep it going,” she continued. “I wouldn’t have been able to do that without their love, and motivation, or inspiration.

“I am really grateful. I love what I do. One of my favourite things about it is being able to have an impact on my fans’ lives, and to be there for them–to know that what I’m creating is helping them in some way. Even if it’s just making them feel empowered when they’re getting ready in the morning, helping them through a heartbreak, or finding something they love about themselves.”