Bring out the glitter, the Honeymoon tour is underway.

Ariana Grande’s Madison Square Garden gig featured glitter, cat ears and a few tears – that’s kind of the definition of dramatic. So what was the gig all about? "Good music, good choreography and a great time -- I want to make sure that my fans have the best night of their lives," Ariana Grande says in a video clip that opens her Honeymoon Tour. 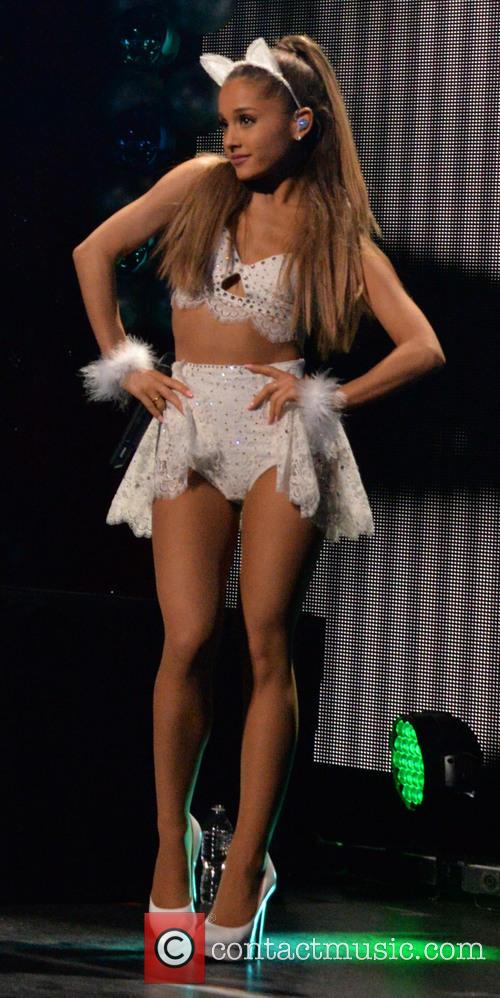 Ariana still rocks the cat ears occasionally, as an homage to her Nickelodeon character Cat Valentine.

That’s exactly what she delivered, with tight choreo and elaborate staging galore backing up the upbeat, poppy tracks from her back-to-back debut and sophomore efforts Yours Truly and My Everything. The Honeymoon tour is Grande’s first touring effort after she left behind Nickelodeon to focus on her hugely successful (so far) music career.

More: Big Sean Says Ariana Grande Is "Supercool," and Talks "I Don't F**k with You"

Grande still nods to her onscreen character Cat Valentine by donning a pair of elaborately embellished cat-ears with her now-signature cascading ponytail for most televised performances, and nearly every number in her show.

Her first arena tour includes two sold-old nights at Madison Square Garden and 25 other dates across the US and Europe. The tour will conclude on September 26, back where it started – in New York, at Barclays Center.