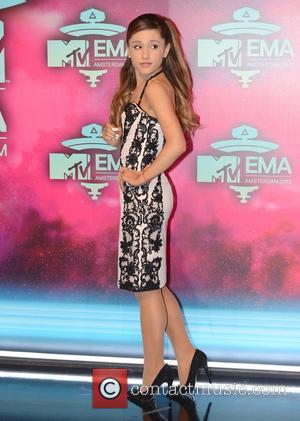 Singer Ariana Grande has turned her back on her Christian faith after becoming disillusioned with the church during the reign of POPE BENEDICT XVI.

The Way hitmaker grew up a Roman Catholic, but began to question her religion after the former pontiff spoke out against everything from gay marriage to the Harry Potter book series.

She tells Britain's Metro newspaper, "I was born Roman Catholic but I lost faith when the Pope decided to tell me everything I loved and believed in was wrong.

"The church said (cartoon character) Spongebob Squarepants is gay and he's a sinner and he should burn in hell. And Harry Potter was a sin. And working women. I was like 'Enough! First the gays, then Spongebob and now Harry Potter? Get out my house!' I was not having it. And the working woman thing? It was a moment for me. I needed something else to believe in."

The 20 year old has now started practising Kabbalah, a mystical offshoot of Judaism, favoured by the likes of Madonna and Demi Moore.

She adds, "It is the practice of being a good person and how that will manifest good things in your life. People don't really realise that if you are kind you can make all sorts of things happen for you."