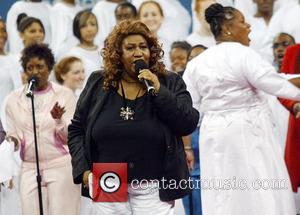 The RESPECT singer will sing the national anthem at the beginning of the American football final in Detroit, Michigan.

Elsewhere at the Super Bowl, Stevie Wonder, Joss Stone and John Legend will perform a pre-game medley and THE Rolling Stones will play at half-time.