Could Aretha Franklin Be The Next American Idol Judge? 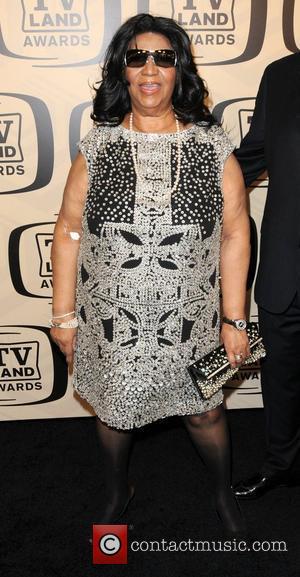 Could Aretha Franklin really be the next American Idol judge? According to CNN the Queen of Soul sent them an email that suggested she'd be keen on filling the seat vacated by Jennifer Lopez. Both Lopez and her co-judge Steven Tyler have expressed their intentions to leave the show but it looks as though Franklin has her eyes on that judge's chair and is already planning on which of her legendary showbiz pals she'd rope in to help out on the show.
On Saturday (July 14, 2012), Franklin, 70, revealed that she'd be keen to take on the American Idol role and that she has been a long-time fan of the show. She now thinks that she's ready to take a step up from watching the show and start helping the show's producers to choose the nation's next singing star. According to a report from Cnn, Aretha is already thinking about asking Patti Labelle to join her as a sidekick. So far, Fox have refused to comment on the possibility of appointing Franklin.
Fox will be looking for someone that will help them to boost their ratings after the show's viewer numbers dropped last season. It lost its coveted position as the top show of the year, to NBC's coverage of the Super Bowl. Will Franklin really be a big enough of a draw for their target audience though? X factor played their trump card when they managed to bag Britney Spears for their own panel. The troubled pop star will inevitably be a draw for curious viewers, keen to see how she fares under the glare of the media spotlight. Will Fox opt for someone of Aretha's showbiz pedigree or go the same route as X Factor and keep their fingers crossed for a little controversy?