Aretha Franklin would ''love'' to be a judge on 'American Idol' following the departures of Jennifer Lopez and Steven Tyler. 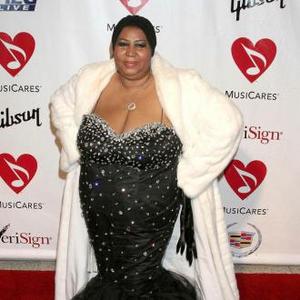 Aretha Franklin wants to be a judge on 'American Idol'.

The 70-year-old singing legend is ''interested'' in one of the vacant seats on the panel after Jennifer Lopez and Steven Tyler confirmed they would not be returning for another series of the talent contest.

Asked what she still wants to achieve, Aretha told the Las Vegas Sun newspaper: ''I still haven't been on 'American Idol' or 'The Voice'. I'd love to be a mentor.

''It seems that each time I come to the West Coast, they're just going on vacation, so we can never get to do anything together. I come West at a certain time of year, and when I like to come is when they're going. That's happened at least two or three times now.''

She later confirmed in an email to CNN: ''Yes I am interested as a judge!''

She told CNN that she would want her friend Patti Labelle, 68, to assist her on the program, and says she has been a fan of the show since it began.

A friend of Aretha confirmed she is very interested in the role, but her fear of flying may cause problems during The Audition stages of the contest.

The source told the New York Daily News newspaper: ''She would love that gig. It pays millions of dollars and she could stay in one place for a few months to do it. [But] she still doesn't fly.''

Aretha is a big fan of reality TV but insists she wouldn't want to appear on 'Dancing With The Stars'.

She said: ''I watched Gladys Knight on 'Dancing With the Stars'. I can dance, I can definitely dance, but I don't think I'd really care to Take That one on. But yes on 'American Idol'.''