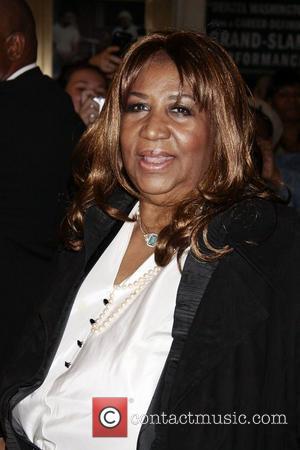 Aretha Franklin reduced TV presenter Wendy Williams to tears during a recent interview after praising the outspoken media personality for urging the singer's goddaughter Whitney Houston to face up to her drug troubles.
The Queen of Soul granted U.S. talk show host Williams her first TV interview since her health crisis in December (10), which prompted the legendary star to axe a series of end-of-year concerts.
And Franklin used the chat to publicly praise Williams for a hard-hitting radio interview she conducted with Houston in 2003, when the former shock jock continually quizzed the I Will Always Love You singer about her alleged drug use. The exchange turned nasty and ended with Houston proclaiming, "If this were back in the day in Newark (New Jersey), I'd meet you outside."
But the soul icon is thankful to Williams' for her tough approach - because it forced Houston to face her demons and sort her life out once and for all.
Franklin told the host, "I would like to say, I think you did a very good thing for Whitney in speaking in the way that you did at one point. (It) paid off.
"She's doing very well, very well. And sometimes all it takes is just someone to say certain things."