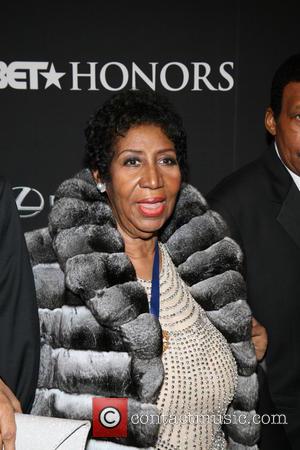 Aretha Franklin is suing the bosses of an online parody website after they joked about a feud between her and Patti Labelle.

Editors at TheNewsNerd.com published the fake story on 11 April (14), prompting the Queen of Soul to post a formal denial four days later, and now she is taking legal steps.

According to the Detroit News, Franklin is filing a $10 million (£6.25 million) lawsuit.

In a statement issued by her publicist Gwendolyn Quinn, the singer says, "The stories were not presented as satire or humor. It was presented as a serious news story intended to depict me in a slanderous and derogatory way."

The story, which did feature a disclaimer that the article was "purely satirical" and "for entertainment purposes only", suggested LaBelle was arrested for assault and battery after attacking Franklin at a concert in March (14).

Franklin's initial denial read: "I've never heard anything crazier - regarding myself and Patti allegedly fighting on March 20, in Atlanta. On March 20, I was in New York City readying for my birthday patty (Sorry. Lol. Laughing at my typo error). I meant Party, which we all had one fabulous time. Patti and I are cool and we always have been."