Aretha Franklin is to retire from the vast majority of all her music activities after she records one more album with Stevie Wonder.

Soul legend Aretha Franklin has announced her intention to retire from making music in order to spend more time with her family and grandchildren – but only after recording one final album in collaboration with fellow icon Stevie Wonder.

The 74 year old, dubbed The Queen of Soul, whose immense singing career spans seven decades, told Detroit TV station WDIV Local 4 on Thursday (February 9th) that she was planning to retire from the vast majority of her activities in order to spend more time with her family, saying she was “exuberant” about the decision.

She has been performing since the age of 19, and kept up a prolific recording and touring schedule right up until 2010, when she put her career on hold following abdominal surgery. 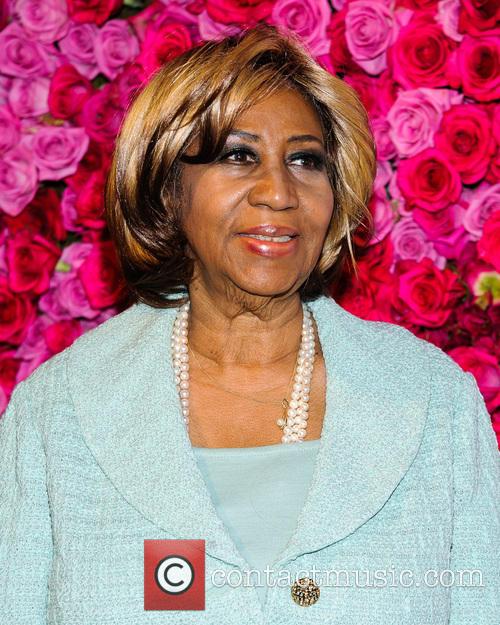 Aretha Franklin is to retire from music

“I feel very enriched and satisfied with respect to where my career came from and where it is now,” she told the hosts. However, she assured fans that she wouldn’t remain totally inactive on the music front once she goes into retirement, saying that she’ll leave herself open to “some select things, maybe one a month, for six months out of the year.”

“I'll be pretty much satisfied, but I'm not going to go anywhere and just sit down and do nothing,” she added. “That wouldn't be good either!”

The new album featuring Stevie Wonder is to be comprised entirely of original compositions, and will be recorded in Detroit.

Born in Memphis to a famous Baptist preacher, Franklin was trained from a young age in the gospel tradition, performing frequently in her father’s church.

Beginning her professional pop career in the early ‘60s, she became one of the most distinctive voices in all of the pop music era. She has notched up more than 20 No.1 singles in the US Billboard charts throughout her career, with songs like ‘Respect’ and ‘Dr Feelgood’ being among the most popular and famous.

She was also the first woman to be inducted into the Rock and Roll Hall of Fame, on top of winning the Grammy for best R&B vocal performance for eight consecutive years from 1968 through to 1975. She was awarded the Presidential Medal of Freedom by President George W. Bush in 2005.