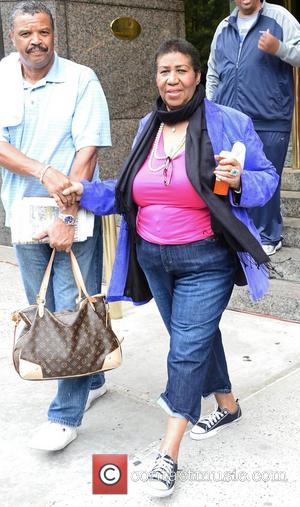 Aretha Franklin had a birthday to remember in New York on Monday (25Mar13) as she was serenaded by the cast of a Broadway musical before partying with Tony Bennett and Berry Gordy.

The soul legend turned 71 on Monday and she began her celebrations by hosting a dinner at Le Bernardin restaurant in Manhattan for friends including fellow birthday girl Chaka Khan, who turned 60 on Saturday (23Mar13).

Franklin went on to attend a performance of Motown: The Musical on Broadway, which ended with the cast singing Stevie Wonder's Happy Birthday to their most famous audience member.

The party then continued with a special bash at Ritz Carlton hotel with guests including Bennett, Gordy, and Reverend Al Sharpton.

Attendees were treated to cakes shaped as Grammy Award trophies.