Arctic Monkeys claim Rihanna was used as ''bait'' to entice them into headlining the UK's V Festival. 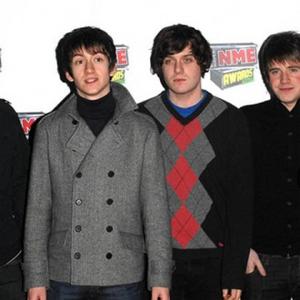 Arctic Monkeys claim Rihanna was used as "bait" to entice them to headline V Festival.

The 'Brick by Brick' rockers were excited by the prospect of playing at the UK festival for the first time when they were told they'd be taking to the stage after the Bajan beauty, but the event's organisers eventually moved her to perform on a different day of the event.

Frontman Alex Turner said: "We were under the impression that we were playing after Rihana. That was a draw. They duped us."

Drummer Matt Helders jokingly added: "They used her as bait!"

The British group added they take great interest in the acts they share a stage with, and always like to pick the groups they tour with.

Matt added: "It's always something we pick and think about wherever we go really. There's only been a couple of times where we haven't been able to pick or it hasn't worked out. But that's just because someone drops out and we end up with a stinker."

The group have recently finished a short tour of the US, and will headline two huge shows in their hometown of Sheffield.

Matt added to NME magazine: "They'll feel a bit more special. A bit more personal. It was always an idea to a big show in Sheffield."

V Festival is headlined by Arctic Monkeys and Eminem and takes place on August 20 and 21 in both Chelmsford and Gloucestershire in England.