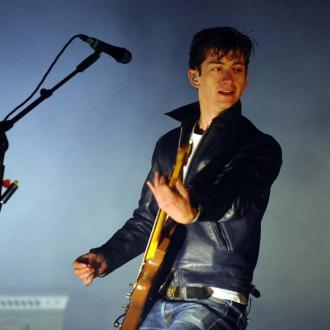 The 'R U Mine' band will close the main Pyramid stage of the English festival on June 28th, their second appearance as headliners, after performing in 2007.

When asked what he still has left to achieve with the band, he said: ''There's a lot left, yeah. I'd really like another shot at headlining Glastonbury.

Also rumoured to be headlining - but not confirmed - are The Rolling Stones, who have reportedly been offered £1 million to appear.

Frontman Sir Mick Jagger said: ''Glastonbury is very important. It seems to be very important to my children - highlight of their year.''

However, he also added the band would not announce anything until an agreement was firmly in place.

He said: ''I hate announcing things when they're not booked. People are always like, 'Yakkety yak, you didn't do that in the end,' and I say, 'Well, yeah, we never really announced it.'

''All I'm doing at the moment is sifting through the possibilities, looking at the dates and how each once can fit in and so on.''

Folk rockers Mumford And Sons are also strongly rumoured to be joining the bill for the festival, which runs from June 26 to 30. Tickets for the event have already sold out.