Arctic Monkeys ''don't want to hide under the wing'' of Josh Homme and are cautious against their sound becoming too American. 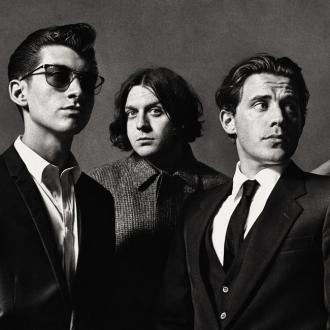 Arctic Monkeys ''don't want to hide under the wing'' of Josh Homme.

The Queens Of The Stone Age frontman has helped guide the 'R U Mine' band since he worked as producer on their 2009 album 'Humbug', but they are careful not to live in his shadow.

Guitarist Nick O'Malley told website MusicFeeds.com.au: ''[We] don't want to totally just hide under his wing every day, [although] I'm sure in the future it'd be very nice to do something with him again, under his guidance.''

The group have said their recently released 'AM' record is influenced by rap music and other genres outside of rock music, but Nick plays down the idea they have become Americanised.

He added: ''I don't think that much. I mean, we've always liked a wide variety of music and, as you grow up and listen to more music and see more of the world, I suppose you're not writing songs that are so focused so locally to where we grew up anymore.''

Nick also rates 'Humbug' as his favourite of the albums the band have made, even if fans don't agree with him.

He added: ''It's Humbug for me, definitely, although that's probably the one that's liked the least out of all by the fans.

''I think that's when we tapped into something new and decided that we weren't just gonna keep repeating ourselves, sitting back on the success of the first two albums.''