The truest form of indie music in the U.K, take a bow, The Arctic Monkeys.

The Arctic Monkeys are riding a wave of high praise. Their fifth album, AM, was met with critical acclaim from far and wide, which, judging by their artistic prowess, is all they really wanted from it. But the accolades don’t stop there: they are now record breakers as the only independently signed band to get five albums to the number one slot.

Having dominated the headphones of teenagers all over the land with their 2005 release of I Bet You Look Good on The Dancefloor The Arctic Monkeys have gone from strength to strength, culminating in a refined body of work. They now stand above Blur – five consecutive number ones but not all of them released by independent labels – as the U.K’s truest representation of indie music.

A spokesman for the Official Charts Company said yesterday: “It’s proof that you don’t have to be backed by a multinational to be successful. I guess it’s kind of the flip-side to the likes of the X Factor and The Voice.” (Telegraph)

NME editor Mike Williams called AM “absolutely and unarguably the most incredible album of their career, [and] it might also be the greatest record of the last decade.”

Watch Arctic Monkeys' video for Why'd You Always Call Me When You're High?:

He added: “It’s not, however, the work of a band operating at their absolute peak – that’s yet to come. It’s the work of a band still growing.” The current hype is reminiscent to that of 2006 when Whatever People Say I Am, That’s What I’m Not won the Mercury prize. Today, AM is up for the same prize, going up against David Bowie for the prestigious gong. 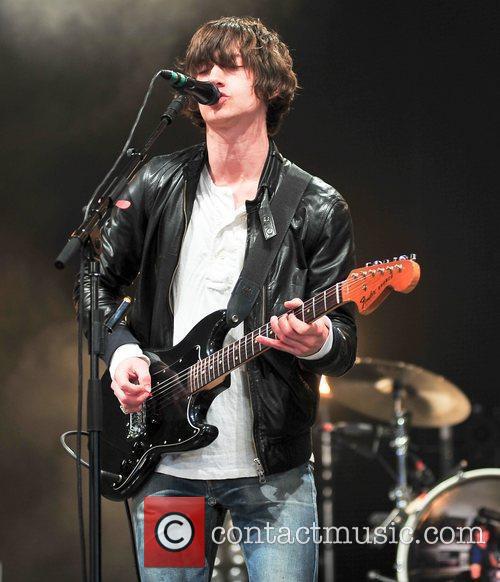 Alex Turner strutting his stuff with the Arctic Monkeys