Alex Turner wanted more from the iTunes crowd - but what did they get, they got in for free.

London gig crowds are notorious for their, shall we say, subdued reaction to the music being played on-stage, though one plucky northerner tried to change all that at the iTunes Festival at Camden's Roundhouse last night (September 10, 2013), reports BBC News.

Arctic Monkeys were launching their new album A.M - which has received glittering reviews - with the help of The Coral's former virtuoso guitarist Bill Ryder-Jones, though the crowd's reaction to the cameo was subdued, at best.

It prompted Turner to tell fans to "wake up" at the gig, before yelling another introduction for Ryder-Jones. Earlier in the show, the Sheffield-native had told the audience they were "hard to read" and dedicated the song Snap Out Of It to them.

The Arctic Monkeys - who now reside in Los Angeles - played for 80 minutes at the festival, debuting new tracks R U Mine?, Arabella and  Fireside, and Why'd You Only Call Me When You're High? as well as playing fan-favourites I Bet You Look Good On The Dancefloor, Teddy Picker and Mardy Bum.

Matt Helders drummed with such vigour that he split two snare drums inside the first 20 minutes.

Turner's polite coaxing appeared to work, announcing at the end, "Thanks for getting the new record and singing along. It makes me feel all warm inside."

Our very own Francesca D'Arcy-Orga said: "Fans should embrace this because the excitement and rawness of the young boys from Sheffield has been channelled into a riper sound.

A.M has been heralded by critics, including NME whose writer Mike Williams perhaps superfluously wrote, "Absolutely and unarguably the most incredible album of their career. It might also be THE greatest record of the last decade."

The Evening Standard said: "AM is a masterpiece of heavy pop, with thumping drums, insistent bass and guitars soaked in San Francisco metal."

Watch the video for Actic Monkeys' Why'd You Only Call Me When You're High?

No Ripcord continued the praise, writing, "This is perfection from a band at the absolute top of their game, but this by no means implies that they've peaked."

Those musos at The Quietus also agreed, saying of A.M, "If 2011's Suck It And See was a sweet treat for fans, AM is like finding your popping candy has been mixed with amphetamine,"

The iTunes festival runs all month at London's Roundhouse, though tickets are given free to competition winners. Justin Timberlake, Chic and Katy Perry are set to play the event, which opened with a show from Lady Gaga last week. 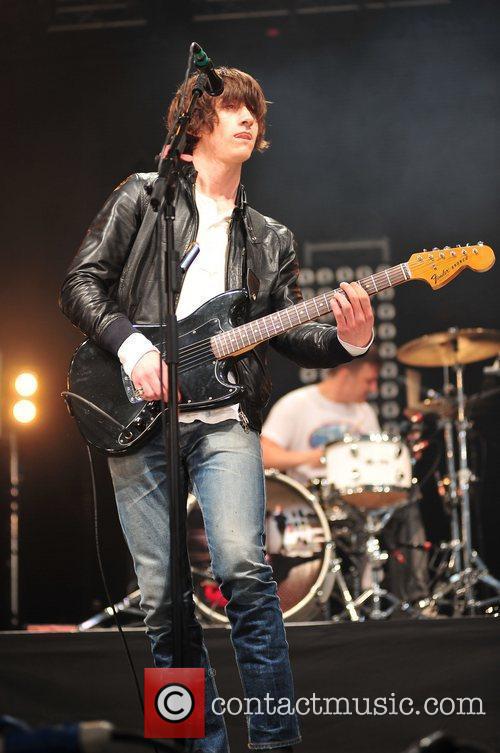