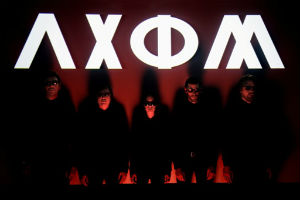 Archive announce details of their most ambitious project to date, a forty minute short film and accompanying album set for release on CD, Vinyl, Download, DVD and in Cinemas May 2014.

The South London collective finished recording the AXIOM album earlier this year and immediately set about working on the accompanying film with Spanish film collective NYSU.

Speaking about the project Archive founding member Darius Keeler said "It's something we've always harbored ambitions to do, pull together our music and the film-making process. Every time we make an album somebody says it sounds like the soundtrack to a movie that hasn't been made, well this time we decided to make the movie".

Talking about the film, NYSU director Jesus Hernandez added "Archive has produced a great album that works like an entire movie script, we saw our role as composers of a kind of visual soundtrack for the music. Our challenge was to translate the band's script into images, it's the most exciting project we've ever been involved with."

The band will perform AXIOM live to accompany the film at a one-off worldwide exclusive performance at the prestigious London Roundhouse venue on Thurs 29th May.

Exclusive VIP tickets for the Roundhouse show are on sale now from the band's website.

Tickets go on general sale Thurs 14th November at 9.00am.

The AXIOM album and film will be released worldwide on the band's own Dangervisit label (via [PIAS] Cooperative) in May 2014.

All formats can be pre-ordered now from the band's website.

AXIOM will be shown with 5.1 surround sound in select cinemas across Europe to coincide with the release (cinema details to follow).

The album was co-produced by Archive and long-term collaborator Jerome Devoise who work with the band on their last studio album, 2012's 'With Us Until You're Dead'.