The Canadian group also played a surprise set at Primavera on Thursday, ahead of Saturday night's headline slot.

After a week of cryptic activity on Twitter, indie-rock legends Arcade Fire have announced a brand new album titled Everything Now. The follow-up to 2013’s Reflektor, their fifth studio album, will be released on July 28th via Columbia Records.

The new LP includes the title track ‘Everything Now’, which the band was selling as an exclusive 12” vinyl single at Primavera Sound Festival in Barcelona, ahead of their highly anticipated headline set there on Saturday night (June 3rd).

Arcade Fire headlining Glastonbury back in 2014

The new record is believed to be produced the band themselves, and also with Daft Punk’s Thomas Bangalter and Pulp’s Steve Mackey in addition to their long-time producer Markus Dravs. The release via Sony’s Columbia imprint represents their break from their decade-long relationship with indie label Merge, who released all four of their previous albums.

On Thursday night, they also launched Everything Now by playing an hour-long surprise set at Primavera, two days before the main event. “We've made a record and we're happy to be here,” lead singer Win Butler told the crowd, performing two new songs (‘Everything Now’ and ‘Creature Comfort’) as well as old favourites.

Ahead of the big reveal, Arcade Fire played around with their audience’s expectations on social media. They tweeted ‘Stay tuned for Infinite Content’ the day before the announcement, their site redirected to a mysterious pseudo-livestream, and a false Twitter account appeared to leak information.

Furthermore, the band have also announced details of an upcoming tour of Europe and North America, titled the Infinite Content Tour, which kicks off with the aforementioned Primavera slot and goes through European cities and festivals before hitting the States and Canada, ending in early October.

More: The 10 most anticipated performances of Primavera Sound Festival 2017 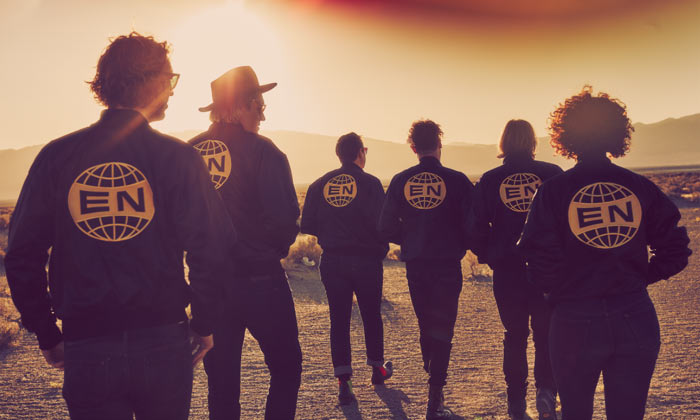 Arcade Fire return with Everything Now