In political turmoil, these musicians are donating to the ACLU.

Arcade Fire have teamed up with Mavis Staples to release a brand new charity single entitled 'I Give You Power'. It's been unveiled as a kind of morale boost, showing solidarity between citizens as the world tunes in to the inauguration of president-elect Donald Trump. 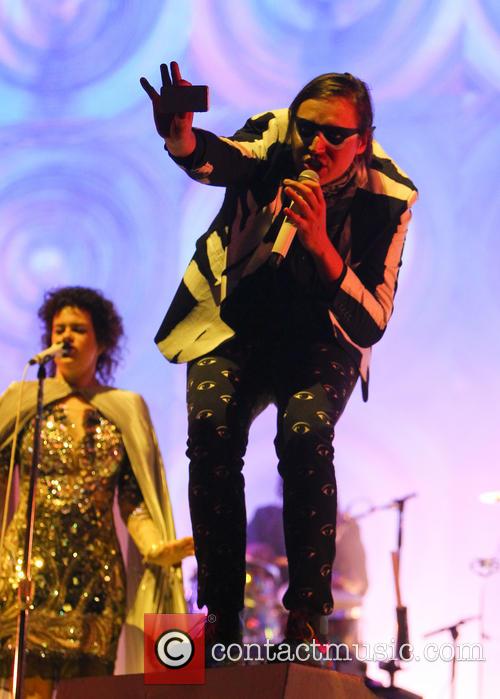 Arcade Fire and Mavis Staples unveil 'I Give You Power'

The new song is one of many to be released recently in discontentment of the state of US politics. But from a troubling and uncertain situation, Arcade Fire and Mavis Staples are hoping to raise money for a very good cause. All proceeds from the sale of the song will go to the American Civil Liberties Union (ACLU); a non-profit organisation that aims to take action in defending the human rights of American citizens.

'It's never been more important that we stick together and take care of each other', the band and Ms Staples said in a statement. The song, which is only available on Tidal, was originally teased during Arcade Fire's a cappella performance at the Jardin des Tuileries (also known as Tuileries Garden) outside the Louvre museum in Paris back in May 2016.

Mavis Staples is currently on tour in North America supporting her M. Ward produced 2016 album 'Livin' on a High Note'. She will also hit Australia for Byron Bay Bluesfest in April, and will perform some shows in the UK in July including the North Sea Jazz Festival.

Meanwhile, Arcade Fire have also got several dates coming up in the summer, such as Primavera Sound, Isle of Wight Festival and Roskilde. They are also launching the DVD of their 2015 documentary 'The Reflektor Tapes' on January 27th 2017.