Coming off the back of their most successful album to date, Arcade Fire are at a fork in their career, with their paths open and varied, but with no clear direction. Reflektor was their chance to either stick with what they have or twist and try out a new card. With their power at its peak, that same path may have looked tempting, but for a band as accomplished as Arcade Fire, their route was always going to lead them down another path. 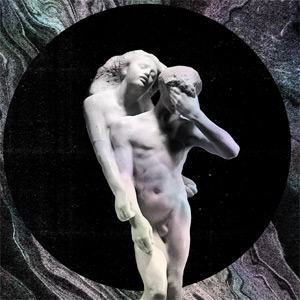 Listening through Reflektor for the first time you can sense the ambition running through the band as they recorded the album and this feeling doesn't go away either. The album is jovial, danceable and probably the most upbeat sounding release from the band to date. Yet there is still a darkness imbued under the surface of the songs, found mostly within Win Butler's lyrics, not to mention the usual foreboding harmonies found scattered. Co-producer James Murphy's influence can be heard all over the album: in those funky synth beats and fused dance rhythms, but the credit for the steps the band have taken between now and 2011 can't be attributed solely to Murphy, as this is a niche that the group have found themselves, hidden away in the musical corners of Haiti and Jamaica and in their own psyche.

The coming together of the at odds pair - the often melancholic Arcade Fire and the down right disco loving Murphy - first catches you off guard on 'We Exists,' a sonic rock number sewn together with sharp chords thrust over a liquid bass synth, before stumbling into an Eno-inspired grove in the dying minutes. Its place at the beginning of the album makes sense, because it still feels as though the bad are still trying to find what they're looking for with the album, something they never really do discover, which is really something that benefits the intrigue and mysticism of the album.

Reflektor real finds its hidden appeal in the fact that, whilst some of the songs do stand out by themselves, despite this being a double album much of it melds together as one. We're heading down this new path with the band, hand in hand, experiencing everything they do and discovering these new sounds and cultures along the way. Sometimes, these matches are demonstrative and even tender, like with 'Awful Sound (Oh, Eurydice)' and 'It's Never Over (Oh, Orpheus).' At other points though, the connection is rhythmic, brought together by Creole conga-lines, such as 'Porno' and 'Afterlife' or 'Flashbulb Eyes' and 'Here Comes the Night Time.'

Those that are dissected by their cadenced state are where we find the band at their most adventurous and most of the time it's where the albums peaks, in intrigue and ingenuity. The new wave synth undercurrent that plods along so teasingly on 'Porno' offers a romantic, even nostalgic feeling to the band and on 'Here Comes the Night Time,' the mood is more brooding, but becomes so playful its practically childlike in its display. These two songs in particular are where the band really incorporate the sense of adventure that they went out in search of at the beginning of the album and both very effectively prove their worth as a band with absolutely nothing left to prove. Reflektor came out abound with questions; ones of expectation, validity and worthiness, with these songs alone those questions have been confidently answered.

This may be a double album, but it never, bar a few over-longed endings, feels like a protracted album. It doesn't drain away time it enhances it, the way any other Arcade Fire album has in the past, just with more cause to dance this time. From their search down the dusty side path of the Arcade Fire journey the band have not just come back successful, but triumphant, boasting not only a new-fangled extension to their register, but the rightful sense of accomplishment that comes with a job well done. With Reflektor, Arcade Fire no longer need to worry about what comes next, because they've already lit their path towards immortality with a fourth successive feat. Reflektor dislodges the questions and silences the detractors, the band's risks paying off with dividends, as they leap unflinchingly in the right direction.