By Stephen Caswell in Music / Festivals on 23 September 2014

English singer/songwriter, Aqualung, is set to release the first album in four years, with the lead single out November, 2014.

Following the four-year wait since his sixth studio album in 2010, Aqualung has announced up upcoming release of '10 Futures', set to be released on the 19th January, 2015. On the 3rd November, 2014, Aqualung is due to release the lead single, 'Tape 2 Tape', featured on the upcoming album. 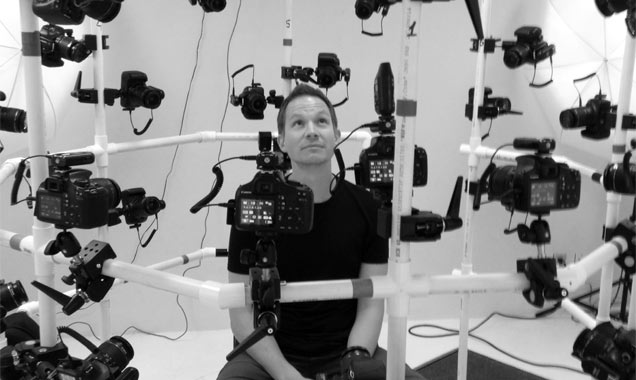 Aqualung's last album release was in 2010.

Coinciding with the 2014 Cassette Store Day, a limited edition cassette will be released on 27th September, 2014, at selected, participating independent stores. The single is written to emulate R&B and TV Theme Tunes in a weird collaborative mix.

The chances are that although you won't have heard of Aqualung, you'll have heard them, so to speak. Aqualung is essentially the cherubic looking and musical teen prodigy-ish Matt Hales and his gold selling eponymous debut album 'Lung's was released in 2002. Times have been a little harder since then, having found initial success in taking the devil's coin (or more factually advertising agency cash) for the Beetle propping Strange and Beautiful, has continued down the much maligned alternative business model of licensing anything he can to OC-like American soaps, cop shows and even Skins. 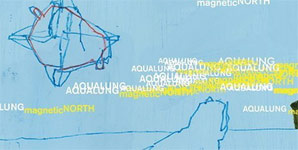 Many people have an issue with this approach, claiming some kind of artistic high ground whenever a copy of Moby's Play is anywhere near them. I kind of get it if you let your music backdrop the wrong product (stand up The Whip), but I admit that I also cheerfully apply a double standard here, having bored people to tears when Boards of Canada soundtracked a BMW ad a few years back. Anyway, let's let bygones be bygones here. You have to applaud anyone who finds a way to earn a buck from an industry which - unless you happen to be Madonna - is now hardly a career for the avaricious.

Interestingly, my media player defines Aqualung as folk, a movement that's possibly replaced hirsute Americans with cabin fever as the zeitgeist for people bored with MTV's endless diet of synth pop a la mode. I say interesting because those thinking about Noah and The Whale at this moment can forget it. Magnetic North is refreshingly Hurdy-Gurdy and banjo free, there are no nonnies being hey-ed, and no Wicker Men beating on your bedroom wall.

Instead, Matt Hales sixth album is a masterpiece of understatement, percolating some of the best bits of The Eels and Radiohead into songs filled with just enough rawness to bypass any feelings of deja vu. Hales will of course have to go a long way to beat John Grant's Queen of Denmark to the singer-songwriter record of the year, but both are essentially cut from the same FM soft rock cloth, but where Grant confronted to provoke, Magnetic North bides it's time, preferring it's world less bleak.

Hales would appear to be better than many of his contemporaries, opener New Friend taking it's gospel overtones and thumping cantina piano into almost Stevie Wonder territory. It's not alone in its optimism either, the choppy acoustics of Fingertip finds Hales in love territory, whilst the dreamy one hundred and twenty three seconds of California sound suspiciously like they were made for Arnie to use on his next tourist message.

Where Magnetic North scores most heavily however is in the stripped back vulnerability of Remember Us, a sentimental ballad delivered in a most unsentimental way. Although comparisons between Hales and Thom Yorke are inevitable - the wonderful Sundowning could slot seamlessly into The Bends - this is an eloquent testament to both its depth and fragility.

Back in the eighties they had a term for music which was made for audiences who didn't want to put a donk on it - they called this adult orientated rock, and it was universally rubbish. Magnetic North, along with Queen of Denmark, are however records that really justify that tag being applied in an intelligent way. And despite having one of the most god-awful names for a band in the history of bands, Matt Hales may just yet get to the point where someone on the streets of his home town of Southampton actually recognises him. Even if that doesn't materialise, you'll be hearing songs from Magnetic North again, whether you realise it or not. 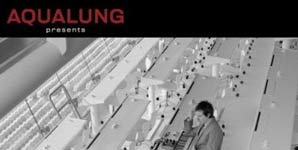 By Jamie Curtis in Music Reviews on 13 August 2007 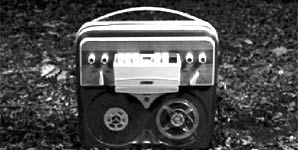 Things are happening at the moment for singer song writer Matt Hales who is the mainstay of the piano fuelled indie outfit Aqualung. He and his brother Ben were personally invited to tour with the stunning songstress; Dido and he recently became a father when his son Kofi Oliver Hales was born on the 19th May 2004. Matt kindly took time out from preparing for the acoustic shows that represents Aqualung’s attempt to woo Dido's following with their ethereal piano fuelled indie and thoughtful lyrics, in order to provide an insight into his music, his life and his interests.


The natural starting point for our frank discussion was the nature of his songs, as tracks such as 'Another Little Hole' from his latest album 'Still Life' and 'Falling out Of Love' from the Aqualung debut are sad and reflective; is it hard sometimes, to sing them with the feeling that is required to do the songs justice? Matt responded promptly almost as though he had pre-empted the question;

Two singles will be released with CD1 including the radio edit version which was mixed by producer Marius de Vries, who has worked with Bjork and Madonna.

The brains behind Aqualung, Matt Hales has been busy. Appearances with Jo Whiley on Radio 1, and more recently on Later with Jools Holland, show that Matt Hales has finally got his break after his limited success with The 45's and Ruth.

His debut gig is at the Playhouse Theatre on the 6th of November. Further dates have now been announced, and Matt will be touring with his brother Ben on an 'Aqualung Unplugged' tour at the following venues in November:

Contactmusic.com spoke to Mat Hales AKA Aqualung about his new album entitled Aqualung and current single Strange and Beautiful featured on the current VW Beatle advert.

Great thanks, people keep on calling me up, every time I get a phone call from the record label I kind of just hum to my self and don't really listen to what they are saying, so its quite a shock when I get real people calling. It's nice meeting people face to face but its also nice being able to speak to people from the comfort of your own home.