The LG G3 is achieving tablet level battery results, despite some monster tech under the 'hood'

Apple and Samsung’s duopoly over the mobile phone market space seems to coming to an end, and it’s partly down to their own failings. People want an iPhone with a bigger screen, and the rest of them want a better Galaxy S5. 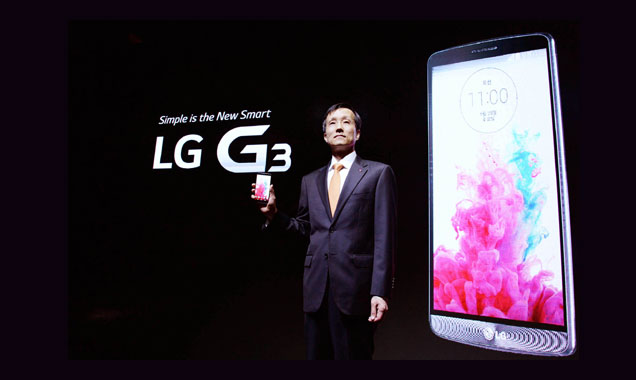 But this shift has also got something to do with the competition and their determination to step up the quality of the ‘other’ handsets on the market. Step forward the HTC One M8, and now the LG G3, the company’s flagship Android handset.

The G3 boasts a 5.5-inch 2K display - something that can be rivalled by very few, a Qualcomm Snapdragon with 2.46 GHz Quad-Core Processor and runs KitKat 4.4 off the bat. But that isn’t the best part. With so many consumers waiting for the day their smartphone’s battery can last as long as their high-school Nokia’s, LG have taken the fight to a new level.

Before you get too excited, you’re still going to be on a charge-ever-night schedule, but the G3’s 3,000mAh, replaceable battery – which is capable of wireless charging – defeated both the Galaxy S5 and the iPhone 5s in Phone Arena’s tests.

In fact, it didn’t just beat the iPhone 5s, it trampled it with 8h50m compared to the latest iPhone’s 5h2m. The test, which sees a script designed to replicate average use running on the handsets, saw the G3 beat the S5 by 30 minutes, while the Xperia Z, the HTC One M8, and the LG G2 placed 2nd – 5th respectively.

Android’s sheer customisability has provided a viable alternative to Apple’s iOS, and given that it’s available on a litany of devices, it has proved more popular over the past few years. The G3 has been a hit with the tech critics so far, proving that Samsung and Apple no longer hold the high ground in the mobile phone market.