Are we getting a new album from Aphex Twin?

It was exciting enough when Aphex Twin returned with a new album after more than a decade, and now it seems he's back yet again - though we don't yet know in what capacity. All we do know is that images featuring his logo have popped up at a London tube station. 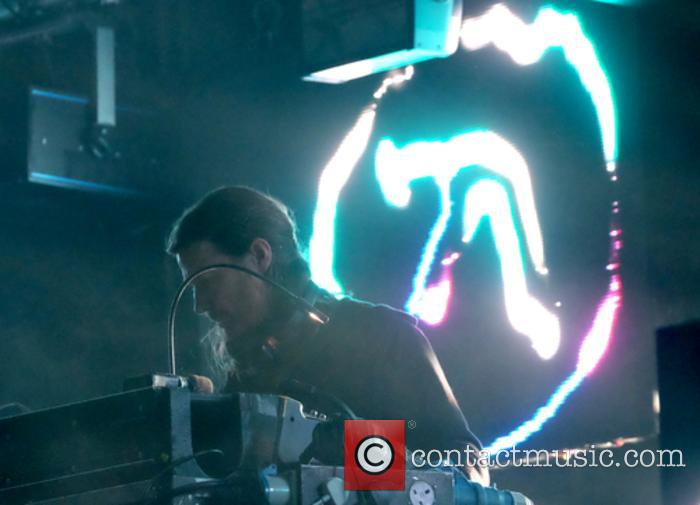 The 47-year-old Irish-Cornish electronic artist dropped 'Syro' in 2014 - his first album in 13 years - and now fans are wondering if we can expect another new record and a bunch of London live shows as his trademark image has been spotted on the tiled walls of Elephant and Castle underground station in London, affecting a kind of optical illusion.

It wouldn't be the first time the artist used unusual marketing techniques to draw attention to his forthcoming work. After all, he announced the release of 'Syro' with a blimp featuring his logo, and various stencils all over New York City.

Certainly, Elephant and Castle has some significance to Aphex Twin. It was once alleged that he lived on a roundabout in the South London area when he first moved to the city, but it was later apparently confirmed that he actually lived in a closed down bank for a period. Whether this link has anything to do with his latest stunt remains to be seen.

Since the release of 'Syro', Aphex Twin has released all sorts of music through various mediums, and often under pseudonyms; EPs such as 'Computer Controlled Acoustic Instruments pt2 EP', 'Modular Trax', 'Orphaned Deejay Selek 2006-2008' and 'Cheetah', though many of them have since been removed from Soundcloud.

He'll be performing his first solo date in many years, and his first Berlin date in 15 years, at Funkhaus on November 1st. He'll also headline Club to Club festival in Turin, Italy that very same month.