Anwan Glover, star of US drama series ‘The Wire’, has spoken for the first time about the incident in the early hours of Sunday morning in which he was stabbed. The 41 year old actor, who played Slim Charles on the hit TV show from 2004 to 2008, posted on his Instagram account "as many of you are aware, I was involved in an incident last night. While supporting another band, at their show, I was involved in an altercation with some unknown people. While defending myself, I was stabbed”.

"The Wire" Star Anwan Glover's Life Is Not In Danger, Did Not See His DC Attacker

The actor is recovering and his injuries are not life-threatening.

Anwan Glover, star of The Wire, who also recently appeared in Twelve Years A Slave, has been stabbed at a DC nightclub. The actor is not in danger, he received a laceration and a bruise, but his injuries are not life threatening. Following the altercation, he was quickly rushed to hospital.

Glover's rep said that his client did not see the attacker.

As for the details of the incident, they remain largely unclear. According to E! News, Glover was stabbed in a very crowded area of Washington’s popular Café Asia, however the events that led to the altercation have not been disclosed.

Continue reading: "The Wire" Star Anwan Glover's Life Is Not In Danger, Did Not See His DC Attacker 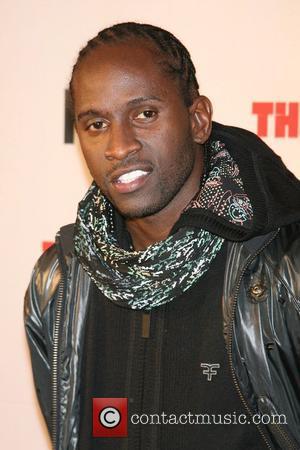 "The Wire" Star Anwan Glover's Life Is Not In Danger, Did Not See His DC Attacker