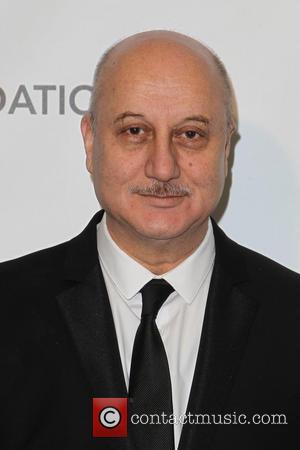 The veteran actor passed away at the age of 65 on Friday (27Dec13) after suffering a heart attack while on vacation in Dubai with his family.

His body was flown into Mumbai Airport on Monday afternoon before family members and celebrities congregated for Sheikh's funeral in the evening.

The actor was buried next to his mother Farida's grave at a burial ground in the city's Andheri area.

Azmi, who starred alongside Sheikh in an play called Tumhari Amrita, paid tribute to the late star, saying, "Parda gir gaya hai (the curtain has fallen). This was our last play which we performed together on December 14 in Agra. There will be no show without Farooq."

Actor Kher adds, "This man had an aura of positivity around him. He touched so many lives."