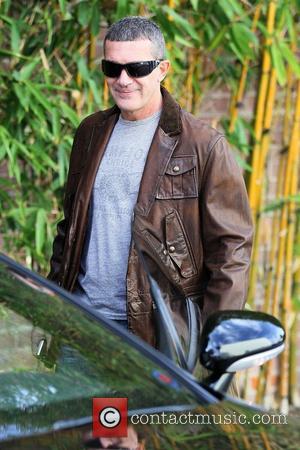 Hollywood couple Antonio Banderas and Melanie Griffith have opened up their home as part of U.S. President Barack Obama's fundraising trip to California ahead of his re-election campaign next year (12).
The American leader headed to the state as part of his three-day trip to garner donations, and Hollywood's biggest stars busied themselves on Monday (24Oct11) to help boost funds.
Obama enjoyed a lavish dinner with Will Smith and Hilary Duff at the home of film producer James Lassiter, where around 40 people paid $35,800 (£22,375) to eat with the president.
He then mixed with his followers at Banderas and Griffith's mansion, where Eva Longoria was hosting an event aimed at Hispanic donors.
California is Obama's biggest donor state - he pulled in $1 million (£625,000) in the Los Angeles area alone during his last two fundraising visits.