Melanie Griffith is anxious to retain custody of the three dogs she shared with Antonio Banderas in their divorce agreement. 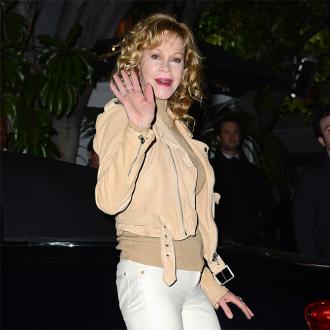 Melanie Griffith wants custody of the three dogs she shared with Antonio Banderas.

The 56-year-old actress filed for divorce from her husband after 18 years of marriage last week, citing irreconcilable differences, and though custody of their 17-year-old daughter Stella is unlikely to be an issue as she turns 18 in September, the 'Working Girl' star is anxious that their settlement allows her to keep the one terrier mix and two shepherd lab mixes they adopted last February.

A source told website TMZ: ''Melanie is the better dog owner between herself and Antonio ... and the pooches mean the world to her.''

It was recently claimed friends of the former couple were shocked by their split as they have always been able to work through their problems in the past.

One source said: ''They've been down this road before and had their ups and downs, but I never thought it would actually happen.''

But another insider added: ''They have had issues for years. The fights and separations got to be too much. There were fewer happy moments.''

Despite going their separate ways, the duo are still on good terms and optimistic about the future.

A friend close to Melanie said: ''Simply put, I think life took a toll on them. But they will be the first to say they had a good run.''