Antonio Banderas has revealed his wife of 17 years Melanie Griffith buys all his clothes for him. 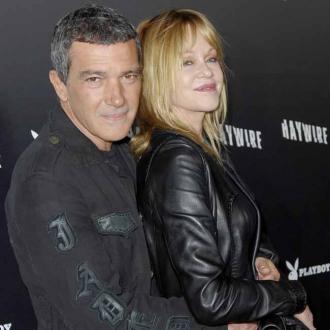 Antonio Banderas has revealed his wife Melanie Griffith buys him all his clothes.

The 53-year-old Hollywood star is not a fan of shopping and relies on his 'Working Girl' star spouse to keep his wardrobe stocked.

He said: ''Melanie buys me almost everything. She has good taste and knows me well. I only buy single items, shirts, slacks.''

The 'Machete Kills' actor - who has been married to Melanie for 17 years - admits he's had his fair share of fashion disasters over the years.

His first appearance at the Oscars didn't go great because Antonio wore a new pair of shoes that hurt his feet.

In an interview with S Moda magazine, he recalled: ''I was going to present an award with Sharon Stone, wearing a tuxedo. But I made the mistake of wearing brand new shoes. I got the wrong size and they were way too tight. I was told to take them off, but I kept them on. I went out and gave the award, but was only thinking of my feet throughout. I was in pain!''

Antonio, 53, believes some of his worst outfit choices happened in the 80s and he often cringes if he sees photos of himself from that decade.

He said: ''I am now ashamed to see pictures of me from the 80s with red shoes, white trousers and transparent shirt. I used to think that was great!''

Antonio and Melanie have a 16-year-old daughter, Stella Banderas, together, while the 56-year-old actress also has daughter Dakota Johnson, 23, from her marriage to Don Johnson.