Antonio Banderas has admitted he still has feelings for his ex-wife Melanie Griffith and insists the pair are still good friends. 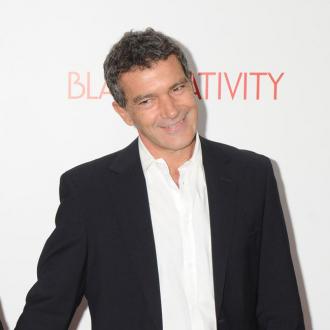 The 'Shrek' star divorced from 'The Night We Called It A Day' actress last year but has admitted he still has feelings for the 57-year-old star.

He told Colombia's Caracol TV: ''Obviously, it has been a year full of changes. Sometimes in life, the circumstances make you wreck everything to build it again. Things come naturally, people are not bad or good, no one is going to be the good guy or the bad guy during a break-up, things come to an end naturally.

''It's been tough, a long time relationship is now broken. But well, we have changed our status. I still love her very much and we still have a good friendship.''

The pair were married for 19 years before Melanie filed for divorce in 2014, citing irreconcilable differences.

To help move on with his life following the split, Antonio is planning on moving to London to study fashion at St Martin's University.

He also hopes the decision to move will bring him closer to his family, namely 18-year-old daughter Stella Banderas.

He said: ''I'd love to spend more time with my family. That is probably the biggest failure in my life.

''That's probably the heaviest burden I carry on my shoulders nowadays, the fact that I didn't spend much time with my family.''