Antonio Banderas insists he and his wife Melanie Griffith don't need to have as much sex as they did when they started dating to affirm their love for one another. 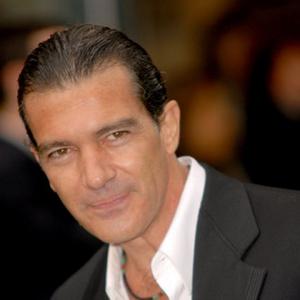 Antonio Banderas and his wife Melanie Griffith don't need to constantly have sex to prove their love for one another.

The Spanish actor says one of the things that keeps his relationship with the actress "fresh" after 15 years of marriage is understanding they don't need to act how they did when they first started dating and couldn't keep their hands off one another.

The 51-year-old star said: "We keep it fresh. We believe that actually we don't have to reproduce the way we were when we first got together. There's a temptation to want it to stay like it was for the first six months. But that passes. You have to understand that something new is coming."

The actor acknowledges that not many couples in Hollywood have such long lasting relationships, and he credits their children, Alexander, 26, and Dakato, 22 - Melanie's kids from a previous relationship - and daughter Stella, 14, with helping keep them grounded.

He added: "It is true that to be in a marriage in Hollywood for 15 years seems unbelievable. But having a family helps hold us together, meaning it's not just about us, but our kids too.

"My work is my work and but my kids are the light of my life."