Antonio Banderas insists his new girlfriend Nicole Kimpel was not the ''motive'' for his split from wife Melanie Griffith. 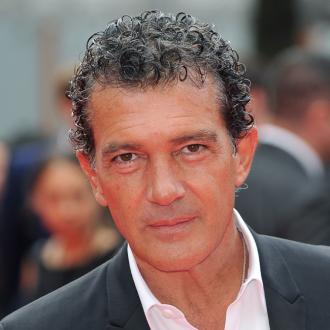 Antonio Banderas insists Nicole Kimpel was not the ''motive'' for his split from Melanie Griffith.

The 54-year-old actor met his current girlfriend at last year's Cannes Film Festival but insists things didn't get romantic between them until he and the 57-year-old actress separated shortly afterwards.

He told Spain's Hola! magazine: ''Nicole was not the motive of my divorce. I met her at the Cannes Festival last year but we both knew where we were. I was still a married man, although things were already heading the way they have now ended up.

''Nicole told me, 'You've got to solve your problems first, then we'll see'. So there's no direct connection to my break-up with another woman, it's not like that.

''Once I had the divorce documents signed we [me and Nicole] started to get to know each other, and then the relationship started.''

The 'Puss in Boots' actor is thankful his 19-year marriage to Melanie - with who he has 18-year-old daughter Stella - ended in a ''very natural'' way without animosity.

He said: ''With Melanie all is good, thank God. Our marriage has finished in a very natural way, there were no ashtrays thrown to the head.''

Despite their split, Antonio cast Melanie in sci-fi thriller 'Automata' last year and recently insisted he would always love her.

He said: ''I really admire Melanie as an actress, I have always said that. I have a big respect for her in her career, for that reason she is in the film ('Automata'). She is a person that I loved, I love and I always will love, whatever our status is.''