Actor Antonio Banderas Is Heading Back To Tv To Star In A New Drama Based On The Four Seasons Book Series By Cuban Author Leonardo Padura. 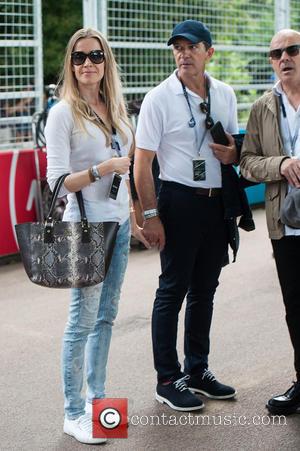 The Mask of Zorro star will portray a detective who dreams of becoming a writer in Cuban Quartet, which he will also executive produce for America's Starz network.

Padura published the first novel, Pasado perfecto, in 1991, and it was translated into English and called Havana Blue in 2007.

Its sequels were titled in Spanish Vientos de cuaresma, Mascaras, and Paisaje de otono, but were each renamed Havana Gold, Havana Red and Havana Black for the English publication.

Banderas is no stranger to TV - he appeared in a number of shows early on in his career, including Fragmentos de interior in 1984, Il giovane Mussolini in 1993, and more recently This American Housewife in 2012, but Cuban Quartet will mark his first major series role.